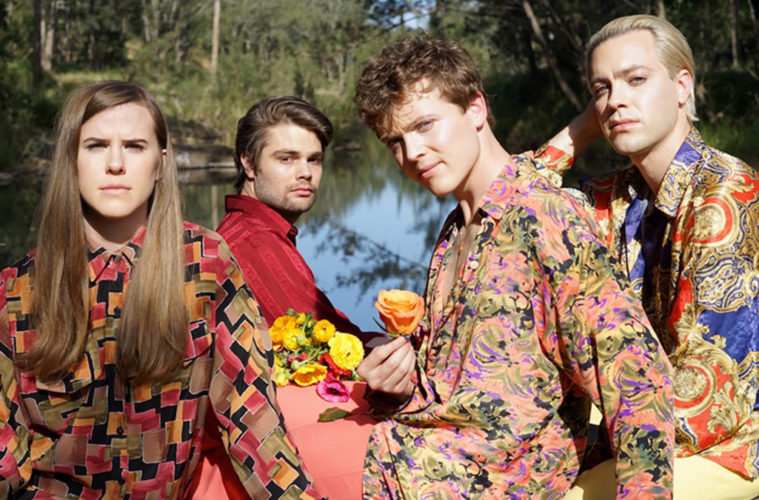 Australian bands are starting to excite me again. Recently Brisbane four-piece Confidence Man fed my appetite for Aussie dance-pop but also the Australians are particularly well-known for producing dreamy, subtle and soft electronic melodies lead by bands in recent years, like Empire Of The Sun and Gypsy and the Cat. Another, Aussie band rising-up in the genre is fellow Brisbane alt-indie outfit Cub Sport who have just released their sophomore album “BATS” and single “Chasin‘”.

It is the release of “BATS” which is showing tremendous growth in the band with much of this is down to the openly honest and earnest songwriting from vocalist Tim Nelson. “BATS is an intimate album inspired by experiences of self-doubt, growth, partying, coming out, learning the power of self-acceptance, self-belief and falling in love,” says Tim. It was written and recorded after Tim and Sam of the band came out as gay and in a relationship in mid-2016.

When you listen to “BATS“, the gentle softness, sincere lyrics and sonic electronics will appeal to your emotionally tender side. The atmospheric production forms an intriguing blend of pop romance meets electronic balladeering and, embraces powerful well-written and performed content. Since I received the press release about the album and single I’ve completely, enjoyed Cub Sport’s blissfully transcending style, it spellbinds me in much the same way Aquilo’s album “Silhouettes” did. Both album’s touch a deep emotion with moving harmonic echoes, while on an equal footing give us a masterclass in intimate and personal lyrics.

Step inside the wistfully beautiful, pastel pop world of Cub Sport as they bring out the love vibes in the video for “Chasin‘”, with flora, fauna and mellow melodies. I thoroughly recommend you should check out the album “BATS” too and allow the tenderness within it to inspire you to act with your heart in spite of your fears.