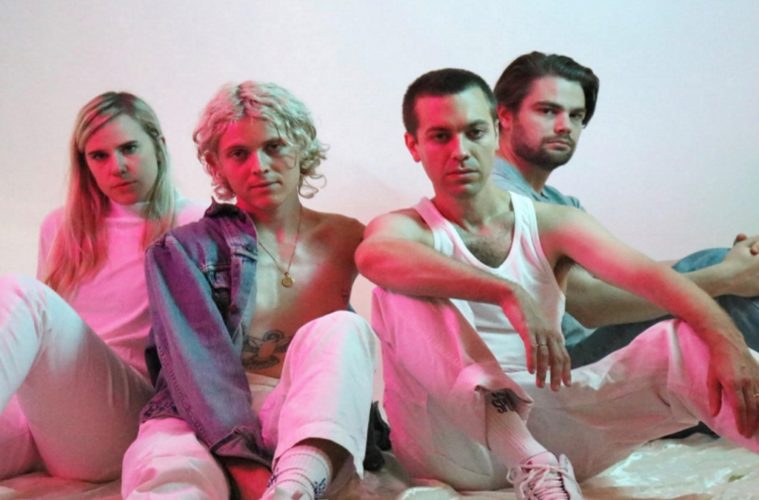 I was not ready for this new Cub Sport track. Even though the Aussie band release their third studio album – self-titled “Cub Sport” in a few days on January, 18th. Coupled by the preceding release of recent singles “Sometimes” and “Summer Lover” almost coming off the back of 2017 sophomore album “BATS.” I didn’t think it possible Tim Nelson and the rest of the cubbies Sam, Zoe and Dan could unleash another incredibly moving song that would stir up the greatest of emotions in me. They have done so with “Party Pill.” The lyrics are beautiful. Tim and Sam sharing the truth about their coming together as a couple and falling in love is the sweetest mood.

“Sam and I first fell in love when we were 17, but I was super scared of what would happen if I came out and decided it’d be better for us to just, be friends. This part of our story had been weighing on my heart for a long time, and I’d held onto a lot of shame and embarrassment, but I realised last year that I needed to let go. So, I finally turned the pain of those years into something beautiful, and it feels like I’m setting myself free” says Tim.

It takes an immense amount of courage to share deeply personal details about yourselves with the world. The story which centres around “Party Pill” is their truth. My truth is, I am a wreck when just listening to the track. Watching the intimate video which the band self-directed themselves, ultimately makes my heart the fullest. Chalk this one up as one of the greatest love stories because, the way in which Cub Sport and especially Tim are telling it, is soft and romantic, styled with bands own, dreamy allure.

Tim’s voice is a treasure. The narrative of the song is eloquent. Both intimate and tender, “Party Pill” will have you in awe and on the edge of your seat to hear what the band has to offer next. Thank goodness we are only a few days away from finding out.

There’s even more reason to celebrate, the bands, UK and European tour kicks off the first week of February (London date 12th at Omeara). All ticketing information here. Get in quick before they sell out!