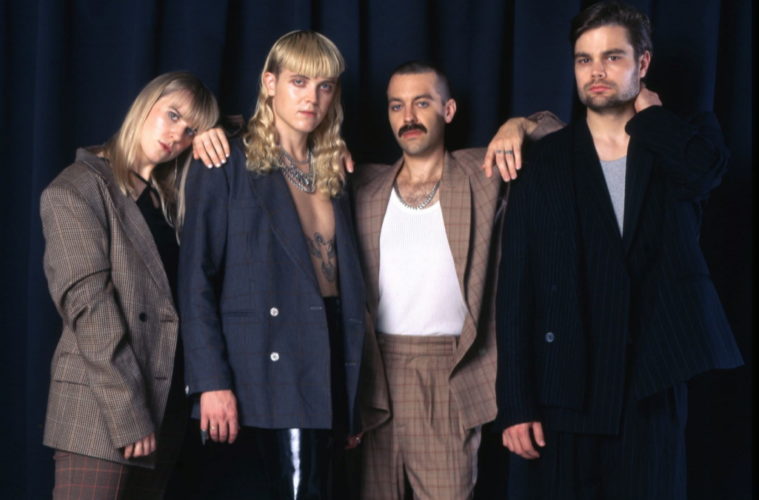 Watch “Be Your Man” by Cub Sport

Recently I was sent a preview of “LIKE NIRVANA,” the latest album (the fourth) from Brisbane indie band Cub Sport. I was curious to listen to the release, because of supporting the group’s previous lyrically intimate work. In singles lifted off their former, albums “BATS” and “Cub Sport” together with triple A-side release “333.” Since the band’s Tim Nelson, writes, produces and provides lead vocals for the group. I was especially interested in finding out how much emotionally, deeper (if at all) there was still left to explore.

It’s funny as whenever I’ve written about them. I have also been kept informed with news, ‘the next album is also recorded, or in the process of.’ This is really quite remarkable. The creative flood gates were well and truly opened when Tim and Sam went public on their relationship. There is much Tim, now wants to express about, loving fearlessly and authentically and wants to share that joy. Along, with the rollercoaster of emotions, this invariably brews up. Tim’s mind is such that he questions everything. There is a story behind, every feeling and every heartbeat. Tim will not be stopped in analysing, the rawness, the vulnerability of such. The album “LIKE NIRVANA” is where Nelson once again opens up, with incredible honesty.

The current attention is drawn on “Be Your Man,” a dreamily, tender and poetic track which dives deep on the topic of masculinity. Tim is, continually looking in on himself, wanting to be the best version of himself possible. Any less than this he deems himself not worthy of the beautiful love he has with partner Sam. Beauty lies in it’s powerful, devastatingly honest lyrics. Sung with great passion and emotion while making simultaneously ethereal strides. This is one powerful, affecting song. The Joe Agius-directed visual, which supports is similarly, dreamy in its aesthetic. I’d be lying if I didn’t admit both the song and the video equally tugged at my heartstrings. Previously I regarded the self-titled “Cub Sport” album, single “Party Pill” as, where the band musically, come-of-age but, my word how they have now topped that with “Be Your Man.”