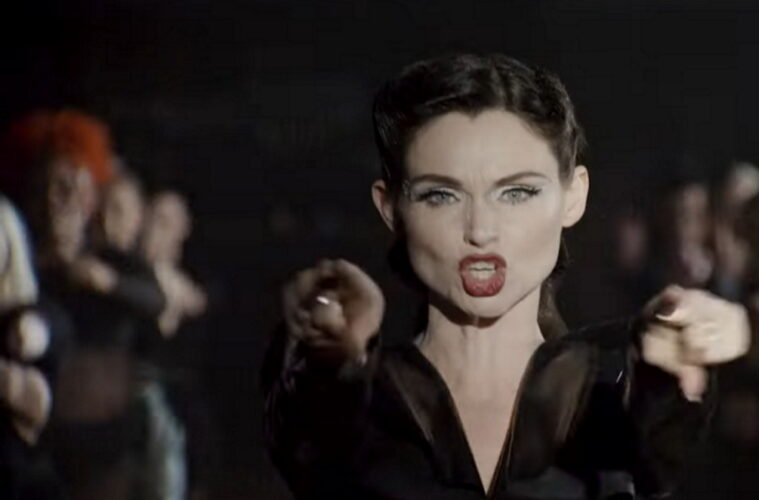 They must have known I was seeking a cure as post-holiday blues was beginning to set in with me. Along came Sophie Ellis-Bextor with a much-needed distraction. A link up with the Glaswegian composer, producer, and performer Wuh Oh. The pair has delivered a delicious bop in the way of the avant-pop track “Hypnotized.”

As the Kitchen Disco Queen. During the last two years Sophie was instrumental in helping many of us keep uplifted during the long weeks and months of the Covid 19 pandemic restrictions. Her rallying spirit is to be much admired. Even so, you would then think taking a break or slowing down might be her next move. This isn’t true of this Duchess of pop. Since the rules were relaxed. She has continued at pace with touring, festival appearances, and recording her popular podcast series “Spinning Plates.” She has launched a book with her husband Richard Jones, “Love Food Family: Recipes from the Kitchen Disco.”

Grateful though I am. Sophie has entertained us with her own songs and classic disco tracks of other artists. It is gratifying to hear of something spanking, brand new from her.

Sophie tops the bill on “Hypnotized.” Although in actuality, it is Wuh Oh (Peter Ferguson) who is the brains behind the track. He has both written and co-produced the release with his fellow producer pal Sega Bodega. (AKA Salvador Navarrete).

Speaking about the track, Wuh Oh says. “As someone who has been writing songs for most of my life in search of pop perfection. “Hypnotized” has made me feel closer than ever to this goal. (When it suddenly came to me late one night at the dusty old piano in my Glasgow tenement flat). Melodically it is so pure. And it all came so effortlessly, as if the song had already existed in the ether, just waiting for someone to pluck it from the air!”

The song is a disco pop release with a difference. As the production skills of Wuh Oh and Sega Bodega come into play. An otherworldly presence is in evidence. The sounds of a church organ add a touch of elegance to the melody. (Which accompanies pulsating four-on-the-floor rhythmic beats of the dancefloor). Perhaps this is not the usual style mix we might expect a summer anthem to be created from.

This hybrid version of disco-pop is very alluring, though. And in keeping with the title, “Hypnotized,” the music has a highly mesmeric effect. There is something so catchy about this track. It is unlikely that anyone would be immune to it to be honest.