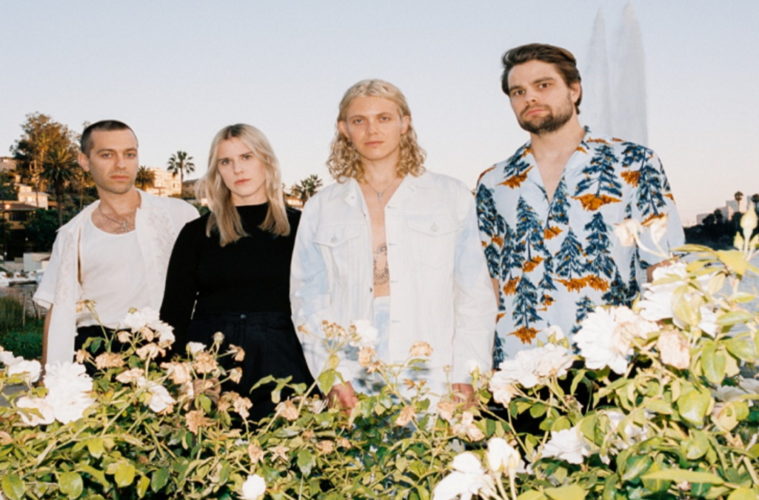 For most music artists, the festive period is a time to slow down and wait out until New Years before unleashing new material. Obviously, the memo about this didn’t reach Australian band Cub Sport, since they have shared an announcement about a new project. “333” is a visual triple A-side, consisting of three brand new tracks with accompanying videos, released over three consecutive weeks. “Hearts In Halves” has appeared as the first track in the trilogy which they have revealed this week.

After, releasing three albums, Cub Sport have struck upon a formula which is best described as being harmoniously soaked evoca-pop. And, just in case you were specifically wondering about the new song, the lyrics follow through in the familiar poetic style as always. “Hearts In Halves” is a touching and tender tale of destiny, acceptance, and of two souls trying to find one another. The way Tim Nelson typically writes, suggests the track is again, an honest account about his relationship with husband Sam Netterfield. While the music video appears to further disclose the safe space they inhabited, during the early days of their courtship. The place, The Beat Megaclub, Brisbane being, where they found their freedom to be their authentic selves.

“This release feels very significant. It feels like it has the energy of a whole album – there’s, a message and a feeling within these songs. It’s powerful, it’s palpable, it feels GOOD, and that’s why it needed to exist” – Tim Nelson, explains of the “333” audio/visual trilogy. “There are forces of beauty, sorrow, growth, pain and joy. It’s uplifting, renewing and feels good in a holistic way.”

The club environment setting is taking me on a trip. I’m definitely feeling, hedonistic, vibes seep through from the visual of this first release. I haven’t even had half a glass of festive cheer, to go along with my supper before writing up my thoughts about the song. So, I am soberly aware, the experiences I am feeling are purely down to the brilliance of the woozily dreamy video and song. Get caught up in the euphoria, press play, jump on board for the ride.