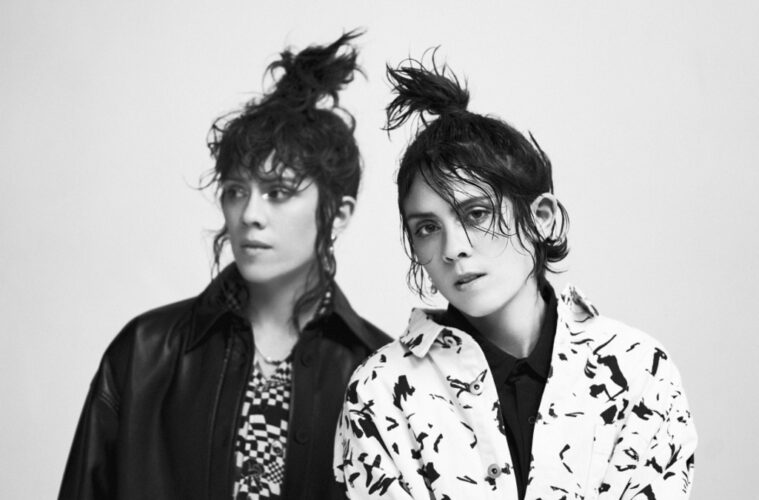 Watch “Yellow” by Tegan and Sara

When Canada’s Tegan and Sara have got some important news to share, they don’t go about this in half measures. They could choose to be straightforward and release a new stand-alone track. Aside from the release of their latest single, “Yellow,” the sibling duo have much more to discuss. They announce “Crybaby,” their 10th studio album, which arrives October 21st via Mom+Pop Music. Confirm a fall North American tour of intimate venues beginning October 26th. And deliver the news “High School“, a new original coming-of-age series co-created and executive produced by Tegan and Sara Quin and Clea DuVall. Is coming to Amazon Freevee (formerly IMDb TV). The series is based on the twins’ critically acclaimed, New York Times-bestselling memoir of the same name.

With the above avalanche of news to digest. Did you forget the duo has just released their new track, “Yellow“?

Sara says the song “was written after we began to take steps to heal the bruises we have both carried with us since adolescence and early adulthood. Wounds that never quite healed right and flare up seasonally, sending us spiraling backward in time. Are we doomed to remain forever 15, breaking up and breaking apart? I hope not.”

With this song, Tegan and Sara go back to their roots in music. Where there is just enough of added delicate synth shimmer, to keep their momentum of freshening things up ongoing. In the Mark Myers-directed video for the track, they thought to pay homage to Coldplay’s video for their 2000 song of the same name. I must say, this is a nice little touch. Choosing an uncomplicated visual enhances both the earnest lyricism and musicality of the song. Maintains its compelling nature and is addictive as ever.