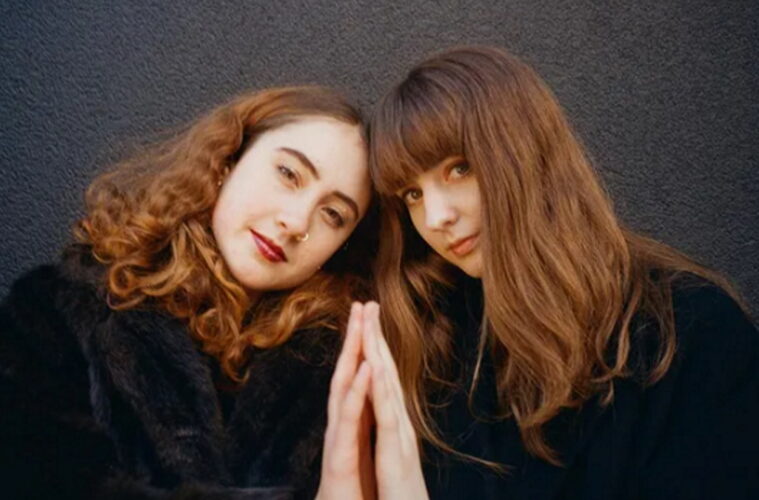 When it comes to the duo Let’s Eat Grandma, you would be right to call me a late bloomer to them. Only during this “Two Ribbons” album circle did I get into their music. Rosa and Jenny’s newfound embracement of using synths to a greater extent in their tracks was a catalyst that increased my curiosity about them. It was the track “Happy New Year” that caught my attention in January. The difference in their sound, delighted me. Since the track “Levitation” dropped in March, the duo have been packing in the live shows, of course. Before they head out on a run of European tour dates in September. They have dropped off a performance-style video clip in support of “Watching You Go” the latest of the “Two Ribbons” focus tracks.

When listening to “Watching You Go” there is a lot to take on board. Jenny Hollingworth’s boyfriend passed away from bone cancer, prompting the writing of the album “Two Ribbons“. “Watching You Go” is the track where the duo touch upon this life-changing event while being at their most raw and honest.

The sentiment is amplified in the lyrics,

I cannot imagine how hard a song this was to write in the first instance, let alone sing and then perform it. With that said, it is little wonder a decision was made to go with a raft of uplifting synths on this particularly emotional song. In a track that, at times, makes Let’s Eat Grandma sound almost Chvrches-like. Although I suspect, given its melodic brightness, this is what pegged the track “Watching You Go” as a single. On this particularly emotional song, it should be no surprise to hear uplifting synths throughout. When played, it is this song that a live audience will not hesitate to get behind and show a sympathetic outpouring of love, light and positivity.

I think Jenny is incredible and brave in letting “Watching You Go” be out in the world. She is without a doubt, the epitome of what an admirable and inspirational woman looks and sounds like.

I have both cried and danced. I am convinced that this is what Let’s Eat Grandma set out to do on this track.