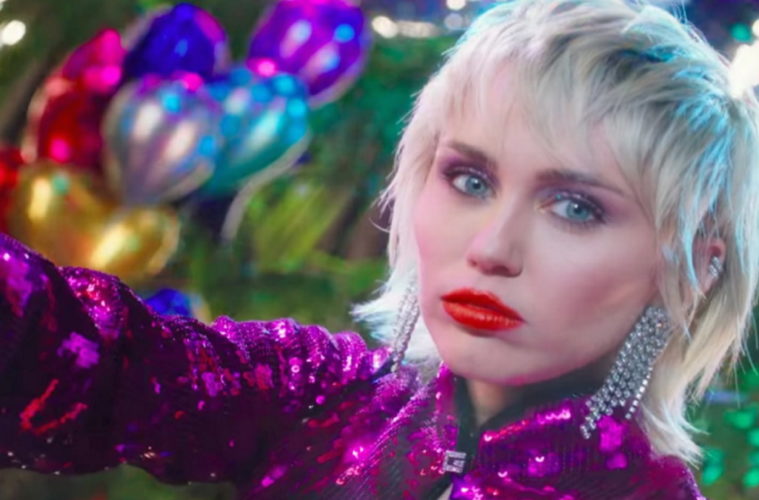 I can’t confess to ever being a fan of Miley Cyrus. I usually run a full country mile from what she does, but even I have to admit (it pains me to do so) in releasing “Midnight Sky” she’s knocked it out of the park. After overcoming the shock that I quite liked “Midnight Sky.” I also wrongfully assumed Miley had been working with Mark Ronson on the track. Upon checking out all the finer details of the release, I was startled to find out Mark’s name was nowhere to be seen. Andrew Watt (“Break My Heart” – Dua Lip) and Louis Bell (“Graveyard” – Halsey) step-up as the noted production team instead.

The press release quotes, for the track “Miley drew from strong, female musical icons, like Stevie Nicks, Joan Jett, and Debbie Harry.” The vibe I got from “Midnight Sky” was a mix of Laura Branigan, Pat Benatar meets Brandon Flowers! Either Miley has misfired, or my listening ears are need of a good clean. Thinking on it, I believe my stab at the musical inspiration combo rules. Of the track, it appears clear as day that it has been written about her ex-husband Liam Hemsworth. This is the tricky business of dating a singer, they’ll always turn the good or the bad times into a song. The lyrics of the latest tracks do adhere to the notion she’s taking a swipe at one of her’s exes.

What do I like about the self-directed video? Duh, its 80s stylizing. Use of floor to ceiling mirrors, neon and disco glitter. The feathered pixie hairdo is one of her best looks. What is bad for me? I do wish she would stop curling her lip and poking her tongue out, like every five minutes – as it is quite, nauseating. Although the effect of it is stunning. I’ll never be able to pop a gumball into my mouth no more, without first thinking about Miley sprawled about on a carpet of something resembling them, butt naked. What is also annoying, Miley can draw in millions of views and yet, Kylie is struggling with the dazzling, shiny, sparkliness of her video for “Say Something.” 2020, you really are a fucking weird one.