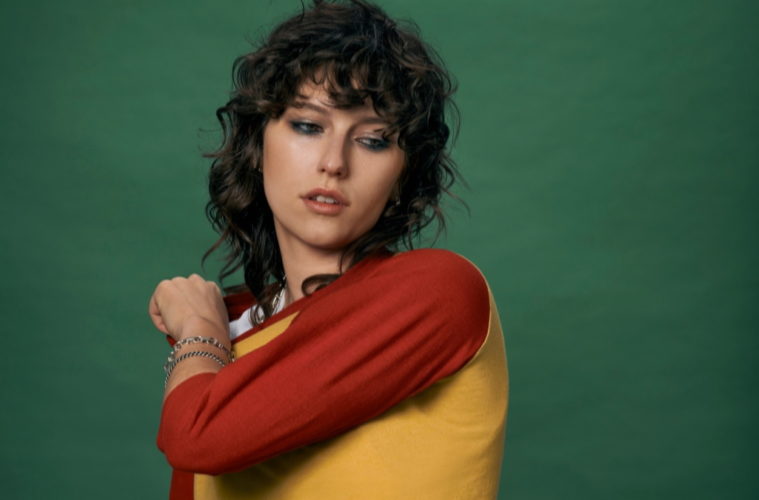 Watch “For My Friends” by King Princess

On Friday, I received the usual heap of pitches and press releases emailed in, yet, I also went through all the new releases on Spotify. I’m glad I take time doing this every week because, as sure as eggs, I pick up on a track I love, and it turns out to be the one I am never contacted about. This week, King Princess with the song “For My Friends,” has me instantly hooked. Due to their record deal with Zelig Records (Mark Ronson) (let’s face it, my chances of getting mail from Mark are very slim).

Mikaela Mullaney Straus (King Princess) took off in a blaze of glory was runner up in the BBC Sound of 2019 poll. The debut album “Cheap Queen” received equally positive reviews. Recently, they collaborated on a remix with MØ of “Head on Fire” by Griff and Sigrid. The release took them in more of a pop direction than they had previously entered into. After hearing “For My Friends, I understand why the decision was made to drop the remix before King Princess started to commence unleashing their new music. (It’s a teaser of the new direction King Princess is going in, maybe). In the instance of “For My Friends,” definitely.

The single release also marked the announcement of the singer’s sophomore album “Hold On Baby” following later this year.

“I thought it would be extra fab to begin releasing this new record with a song about my two best friends from high school. These girls have been thru the pits with me. The more time I spend with them as an adult, the more I am reminded that they are my home.”

This track features honest and emotional verses, starting off a little subdued and building. Leading up to a killer chorus buzzing of synths and immaculate production. Whereas the music video pays homage to King Princess ride or die’s, Cicely and Chloe. In the clip directed by Nick Harwood, we see the friendship groups bond and the interplay of their relationship. Through a scenario of going on a night out. Through the meeting up, getting ready to the going out part itself and ultimately taking in all of the high spots and the low spots.

A word of warning I am most likely to bang on about this tune for quite a while now. It’s all good I have a tendency to be over-enthusiastic when I absolutely adore something. This song is lighting up my ears, it’s on my playlist and I’m continually hitting repeat. I urge you to do the same.