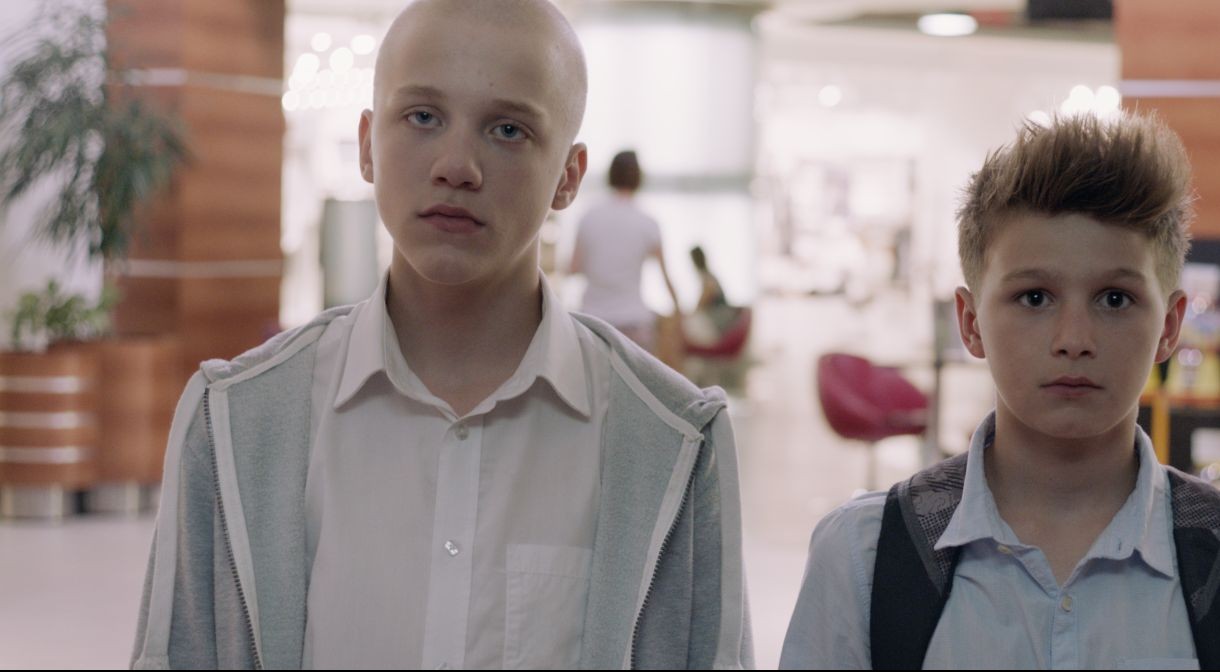 Plac Zabaw aka Playground (in English) was the toast of the most recent Polish Film Festival with it’s director taking home a best director accolade. It was even nominated for best Polish film this year, so it’s no surprise it was picked up as a feature for this year’s BFI London Film festival. Plac Zabaw is one of those films that will leave you angry, horrified and not quite believing what you actually just witnessed.

What’s it all about? Well, imdb describes the film as this: “It’s the last day of school in small town Poland and Gabrysia wants to tell her classmate that she loves him. But it will not end well”.

I would however go on to describe that as only being half the story here. Basically you have two boys growing up in a small Polish town. Let’s not beat around the bush here – their lives are pretty empty and soulless, probably how a lot of boys who grow up in small towns feel. They are however far from innocent. The first act does revolve around the imdb synopsis but the second act sees the boys do something so horrific that I can’t quite describe it without giving away spoilers – it’s terribly awful.

The really scary thing about Plac Zabaw is that it’s based off of a very well-known true story. I’m not one to give away spoilers, especially for important, new independent films but I’ll leave you with this…

If you’re fascinated in a retelling of a true crime story that shocked a nation, you’ll find Plac Zabaw gripping, heart-wrenching and horrific. You’ll actually feel like you’re there – watching one of the most horrible crimes ever being committed by two young boys unfold. Boys who are so empty inside, complete hollow shells, that they don’t even realise the consequences of their terrible actions.

Plac Zabaw is probably the most disturbing film I’ve seen this year. You’ll probably agree once you see it too.