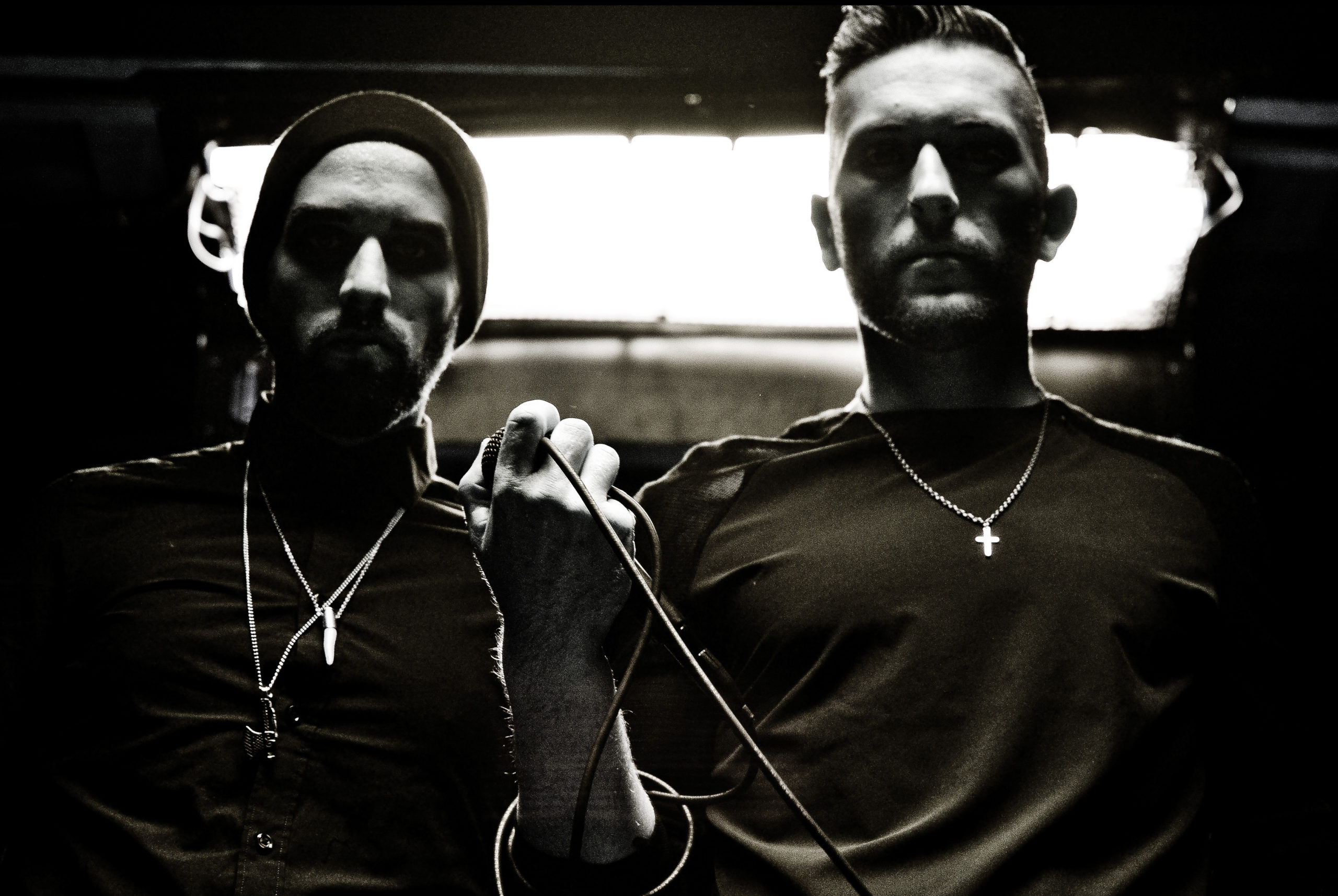 With the festivities of the party season now passed, I’m eager to get down to business and kick us up with a mammoth thunderbolt of unadulterated and compelling electro-head sustenance, especially as in the coming months we’ll be welcoming back electro titans Depeche Mode with album, tour and single’s at the ready (of which we all here at Team EQ are in a state of thrill and high alert for)

Whilst many seek to emulate the potent androgynous gnarly drama-scape that comes at the hands of the master crafters of Depeche Mode, there are not many in this day and age that achieve a profound and immaculate stab at it themselves without teetering over into a goth rock massacre.

One such band that I feel has tidily hit the score bang on is that of newly launched Vancouver duo UltraVillain.

All essences of the growling penetrative underground sound indeed breakout here, it’s intensely stimulating and sexy on a level of insatiable hardcore electro-head fulfilment. From this and promise of furthermore, keep dishing them out like this UV and I for one will be gripped in for the long-haul.