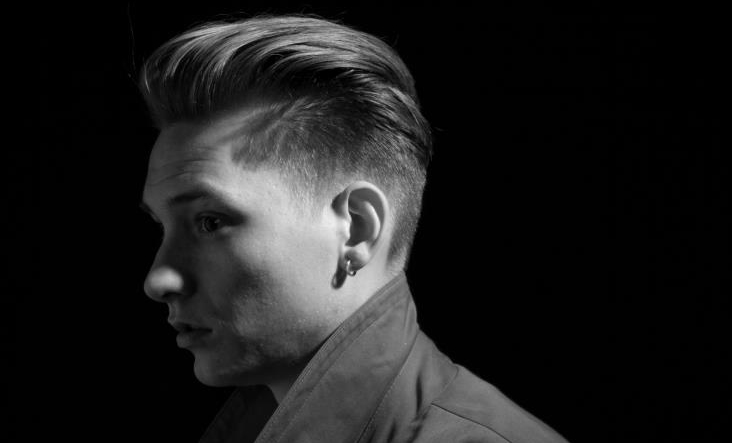 I have been obsessing over Thomas Azier. A few months ago I fell in love with his single, “Angelene” because of its heartfelt and clever arrangement. The Berlin singer shares his heartbreaking story over an eerie electronic instrumental that excels at the right moments, illustrating the passionate emotion this song carries. You might confuse his tone for Chris Martin of Coldplay, but believe me Thomas Azier is in a league of his own.

In “Angelene” the newcomer stands on the darker side of indie pop music. This really means that his style is more emotional and his backing music uses lower keys. His voice draws dramatic pictures that his production paints. He has the kind of voice that is so powerful it feels like it is inside of you. Think Steve Tyler reaching that powerful peak. You feel those notes in your belly.

“Angelene” appears on his latest EP, “Hylas 002.” The 3 track album is the direct opposite of his debut EP which sounds more like your average hipster record. The song, “Metropolitan Tribe” is reminiscent of something Passion Pit or Miike Snow would release. While “Hylas 002” creates a vibe of its own, you can hear his synthpop influences. The production for “Hylas 002” is an ode to the decade that started it all. It is full of dramatic beginnings and simple drum and kicks. “Angelene” has the same alarming sound as Dave Gahan’s “Saw Something.”

The video for “Angelene” is exactly how I thought it would be; Dark, dramatic and in slow motion.