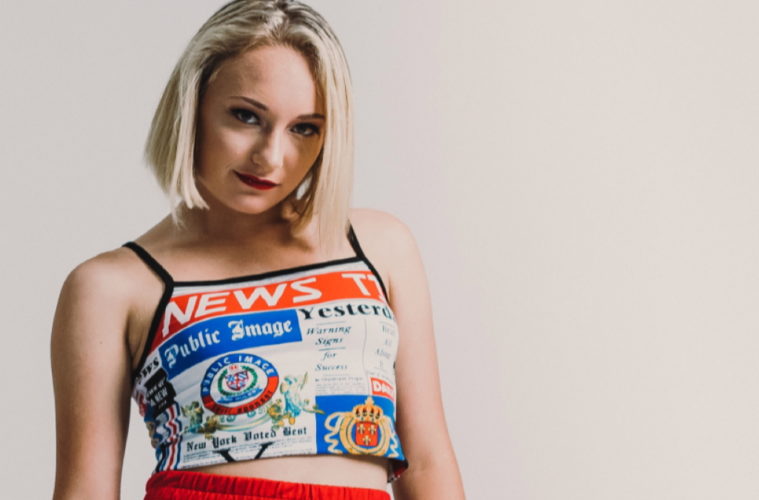 Premiere: Watch “You Get To Me” by Anna Cole

When sixteen-year-old singer Britany Spears broke out with “Baby One More Time” more than twenty years ago, she did so in a very different pop arena than that of today. Her saucy video for the song started a trend and influenced a generation of music videos by emerging female artists. Two decades on, the new kids aspiring to get their break do so with a bigger accent of social commentary in their work. As role models, the younger generation is speaking out about their life experiences from all angles. It is more than a trend, it is a shift in the social atmosphere and awareness that has made these issues more important to address than ever. Anna Cole knows this. She is using her vocal talent to spotlight hard-hitting topics, such as anti-bullying and teen-suicide through her songs. What is more, she is only fourteen and is absolutely making her presence felt, in the most positive of ways.

We should sit up and listen to Anna Cole. She spreads so much truth in her word. I didn’t need to be encouraged to give her tracks a spin. The electronic, dance-pop beats were all that I needed to, coax me to do that. As mentioned, Anna’s songs are, emotionally sincere and encourage her fans to embrace their authenticity. Which is much of a similar vein for the new single “You Get To Me.” Stylistically the track has a fun, flirty boy-meets-girl vibe but beyond that, speaks of finding the confidence to push forward to achieve our goals. Besides, it wouldn’t be fitting for Anna to solely, champion causes and social issues time and time again. When much of the focus of a teenagers life revolves around dating for the first time.

The music video premiere’s today. The clip directed by Patrick Lincoln focuses on Anna as she takes a leisurely stroll around her neighbourhood. She has thoughts in her head about some chap she is interested in, and who she knows has got a crush on her, but he is playing it cool, too cool. The song is basically, telling this guy to quit his teasing and go ahead commit. I sense that Anna has properly been struck by cupids arrow. The music video implies she is constantly, thinking about this boy in everything, she does. Just like a teenager in love, which she is.

Make no mistake, Anna Cole is just getting started. I advise you to take note because she is incredibly talented with tremendous potential and great songs.