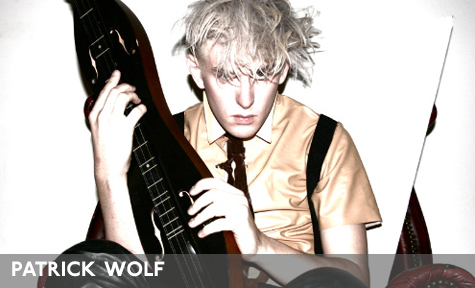 Patrick Wolf has announced that he will be releasing Part 1 of his double album opus called "The Bachelor" on June 1st now.  As to now overload his fans with too much material at once, he will release part 2 later on in 2010 called "The Conqueror" – both albums will be collectively known as "Battle".

The the full tracklisting for "The Bachelor" is after the jump.  I'm really looking forward to hearing this new record, in fact a little too excited.  There is a record listening party happing early next month in Londontown that I'll be crashing with ears and heart wide open!

The Bachelor by Patrick Wolf