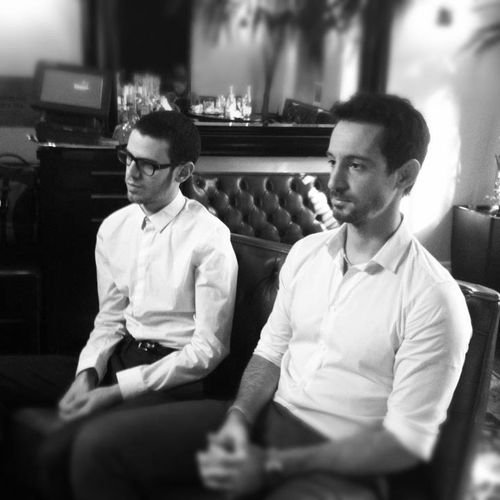 Sound the alarm, my obsession for The Young Professionals is boiling over again.

Above is a new picture of The Young Professionals.  Don’t Ivri and Johnny look geekalicious?!  I literally am a superfan at this point. Why?  Because their album “9:00 to 17:00, 17:00 To Whenever” is amazing – everyone should own it.  But the problem here is that you can’t get it now.  It was made available to download on iTunes last year and if you were smart enough, you could have grabbed it and enjoyed it immensely like I did.  It was my favorite album of 2011 mind you.  But because TYP are so amazing, they were scooped up by a major who has pulled the album from digital release so they can have a proper release – first starting in France, then worldwide.  So, you snooze you lose as they say – don’t say I didn’t predict this.  I did.

Below is their press kit that their label just created which of course features the album, a USB card with the album on it and a mystery book of sorts that I HAVE to own in a clear modern type briefcasey thing.  Some of you stan for anything with Britney written on it – well, this is the sort of shit I stan for.

If I don’t get one of these press kits – I might die.  Most definitely.

OK – just thought you all should know that. 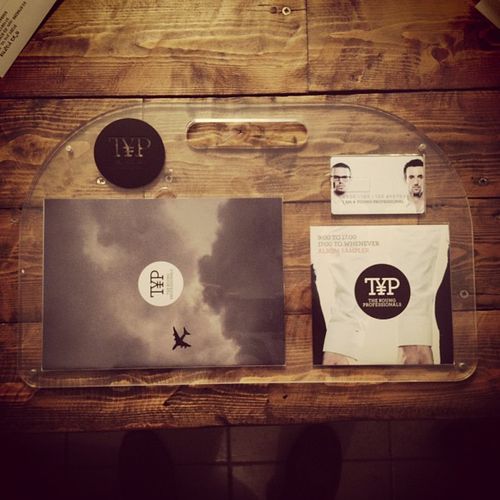