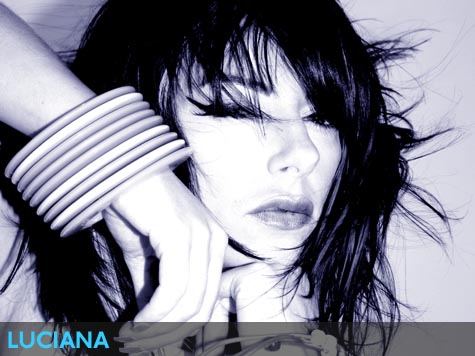 She's THAT voice that you hear all the time on those cool electro tracks.  She is Luciana and she's one of EQs favorite electro artists of the moment.  Luciana has always had a cool underground buzz about her and the punky pizazz that wildly entertains the crowds.  She was as cool as fuck as the vixen in Taio Cruz's "Come On Girl" and her tracks with Bodyrox are none other than dance music classics.

Luciana is headlining this Friday's [email protected] club night and we caught up with her beforehand for a wee chat about her collaborations, her thoughts on the music industry and what she would do with Simon Cowell's hair if given the opportunity.  Make sure to check out her new video to "I Like That" with Static Revenger and Richard Vission after the jump.

EQ: Well hello Luciana – how are you today darling?
Luciana: I'm cream crackered.  Just got back from Ibiza and need some sleep and vitamins!

So your full name is Luciana Carporaso – there must be some sort of Italian reference there or are we completely off the mark?
Yes, my father is Italian, from Napoli…He is the ultimate "Dude"…We call him The Don!

Now I'm kinda curious how you got your start doing vocals…at what point in your life did you realize "wow – my chops sound really cool and distinctive, betta get my ass into a studio".
I started singing in a band when I was 15.  I used to copy my hero's and that's how I learnt to sing. It's only when I got past 25 years-old that I found my own voice. I remember making up songs when I was 4 years-old. Random I know.

Now you have quite the past with various different labels and signings and droppings and walking away and such – with so much non-stablility with the music business, how do you find the inspiration to keep going on making music?
Well giving up was never an option because this is what I do. Give up and do what?…I'd die a little inside if I couldn't create..As long as I can create thenI'm happy. I think that over the years of getting signed, feeling excited, getting dropped, crying and eating and wondering if it was gonna happen, I've learnt not to expect anything and to say as long asI'm moving forward and writing and doing the best I can do on that day, then I'm successful.  It took me a long time to work this out because I did feel that I kept on failing.  When in retrospect, I was a success because success really is in the art of doing and not determined by the outcome. This is my inspiration on a daily basis.

Now with all this going on and on in the industry, there must be someone that you have wanted to punch in the face.  Go on Luciana, tell us who you'd love to give a wallop of fist sandwich too…don't be shy…tell us a story…
I know you want gossip but sadly I don't want to punch anyone in the face!  I'm shit like that. I don't have any anger towards anyone because that would mean I'm expecting them to be a certain way and they are what they are and I am what I am…The music industry is fickle and shallow and it is what it is.  I think after years of being dissappointed by people who've promised me the world, I realise that in that moment they want to, but life happens and if the timing is wrong, the timing is wrong. What can you do?  I've done all that, I'm over it and happier for it!

You've been quite the champion for electro music over the past couple of years.  With all the various music you've done, why is electro your current flavour of choice?
I had a deal with Sony NY and my music was more guitar based songs.  I got dropped, cried.  Got bags under my eyes and opted out for a while.  I came home and started going to Trash and Nag Nag Nag in London and got into this sound. I then hooked up with Michael Grey and Nick Clow and the timing was right to start a new project.  Mike wanted to go from dance house and make an electro album and I wanted to write songs with an electro sound so the timing was perfect for us and that's how we cam up with Portobella.  "Covered in Punk" was the first single and from there it just evolved naturally.

You've just done T4 on the beach with Taio Cruz – how was that?  Do you ever get nervous singing in front of those huge crowds?
Yeah, I did that.  He's so sweet.  I fucked up and stood in the wrong spot though!  You probably won't even see me!  The crowd was great…I love performing in front of a large crowd…it's an amazing feeling, a feeling you'd like to bottle! 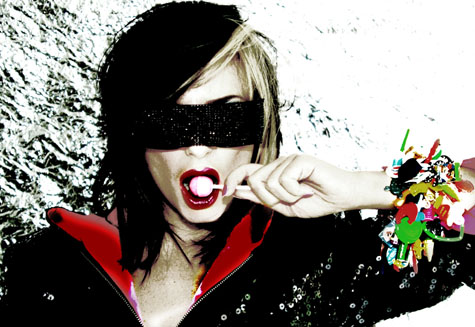 I'm really curious actually, how did you and Taio get hooked up to collaborate on "Come On Girl"?
I did a festival in Cambridge and he approached me to write on his track…I said yes. He'd heard my track "Yeah Yeah" and wanted a London girl to rap…

Did you ever anticipate that "Come On Girl" was gonna be the smash hit it turned out to be?  What goes on inside your head everytime you hear the song on the radio?
Not at all.  You never know what's gonna happen!  The best thing to always do is write the song, then let it go and hope something happens with it.  It's the only way to continue to be creative and free, by not expecting anything to happen with it…so when it did happen, the feeling was just fabulous!

You've now got a new single with Static Revenger and Richard Vission called "I Like That" – tell me, what the song all about?  It's quite punchy isn't it?
Yes, I absolutely love this track.  Static Revenger got hold of us and asked us to wirte over this vibe.  The song is about what she likes about this guy, this moment, this feeling, this life..it is naughty and dirty…my kind of song!

It seems you're the little transatlantic frequent flyer, always "rockin it from London to LA".  Now, I've done that flight girl…and it's brutal. How do manage on the long haul?  Do you sleep all the way or are you sat there playing tetris or watching the movies the whole time?
I realised early on to learn to sleep anywhere!  So as soon as I'm on a plane, I try to sleep on take off and then wake up for the food!  Then go back to sleep.  If I can..Unless of course it's Easyjet where the seats feel like wooden chairs!

How does Luciana go down when she's rocking the mic out in Los Angeles?
I'm doing my gigs in September at Avalon in LA and some fab dirty drag clubs in San Fransisco. I do love a bit of club dirt!  Well see what the reaction is. The video is getting played a lot on YouTube. We at Blah Blah Music made that video ourselves!  So proud of it.  Dennis White of Static Revengers did all the Warholian post production – it's fab!

Do you ever think when you get back to London, "why the hell did I leave LA? The weather is so damn gloomy here"?
I love home. I love the rain. Then after 3 weeks, when everyone starts settling down at 6pm I think, wow,the day is ending so quick here, then I wish I was back in LA!!

I REALLY love "Say What You Wanna Say" which is rocking out on your MySpace right now.  Is that a track that's gonna be on your new album you're working on?
This track was supposed to be released some time ago and I'm not sure what's happening with it.  I'll be singing it soon.  It was origianlly a Portobella track but Michael Grey and Kid Massive did a remix for the clubs.  It goes down well in Ibiza.  Who knows what will happen…I do love singing it though! 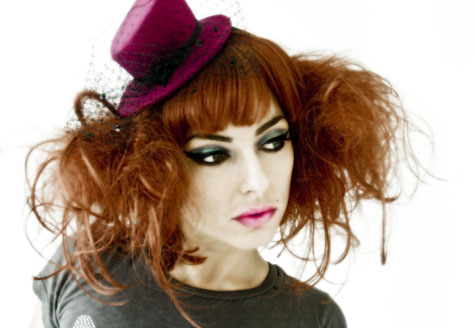 You've given the Simon Cowell a good ol diss in that song, among other things like – playing gigs in Camden…Now Luciana, would you really turn down a deal if Simon Cowell offered you deal?
Depends on the deal.  I think from now on I'd only like to get signed for one song and if that doesn't work then I'm free to leave!  I've been left in so many holding patterns for months on end where you're stuck in a deal and they still have your songs…it's not conducive to being creative and feeling free to move forward.  I do absolutley love Simon Cowell though – He's brutally honest. I'm feeling the flat top needs to go though and he needs just a number two clipper all over it though. What do you reckon?

Yes, let's give the Cowell a good ol shave with the clippers!  Now, you're gonna be performing at our EQ blogshow this Friday – excited?  It's not the first time you've played Underbelly either is it?  What can we expect from your set on the night?  Can I put in a request for "Bigger Than Big" – it's one of my faves of yours.
I love that song too.  Let's wait and see what happens!  I am very excited to be singing a few songs there. The night will be a good night. I want to see the other acts too! 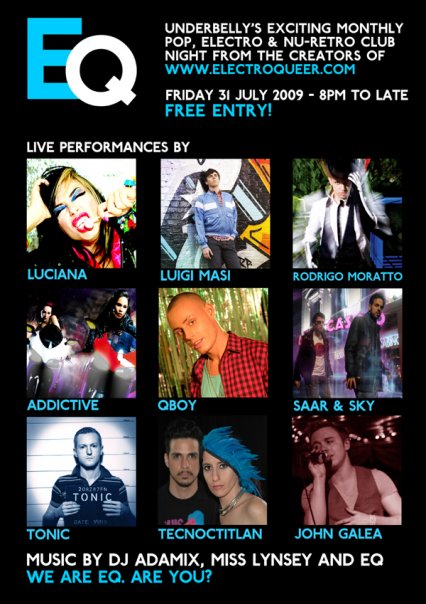 Well that's it Luci – thanks for taking the time to do the interview.  Give us a brief update on what's going on in the future for you…
The Bodyrox album has just been completed.  Have done various dance tracks with poducers and waiting to see release dates there….Am desgning a jean range for N.E.R.D..which is fun…going to Vegas, San Fran, LA to do shows….that's all for the pesent time….who knows what's around the corner.  See you at the Underbelly on Friday!

And just for kicks – let's take another look at "Come On Girl" featuring Luciana (at the 2:25 mark is when she makes is sex-say)