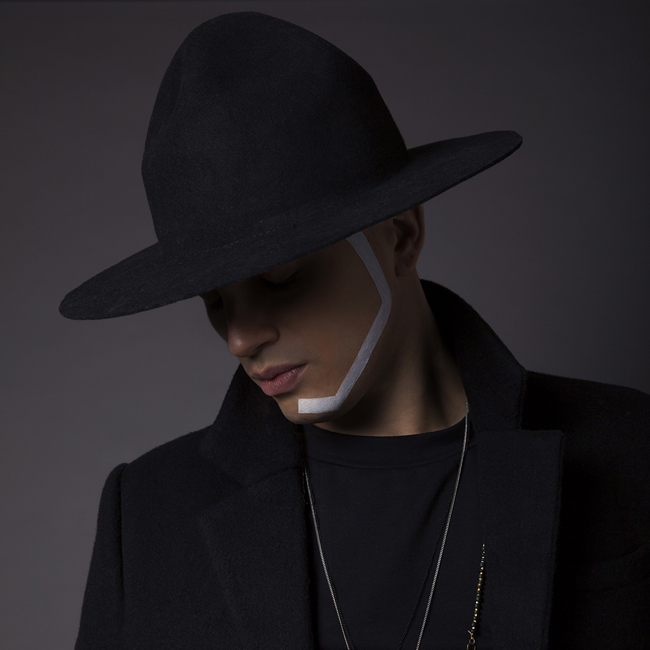 Listen to “Trial By Fire” by PUZZLE

The music and art pieces are beginning to inter-link forming a bigger picture into revealing more of who the enigmatic artist known to us as PUZZLE really is.

Since birthing this project a short while ago by stepping out of the shadows with a visually devised digital concept package in tow for darkly immersive debut cut “Godlike”. The Brazilian collaborative artist now based in London suitably piqued our interest in the first instance, for his notable understanding and shown ability of achieving levels of high end attained production. As PUZZLE’s skills came confidently showcased under an umbrella of subversive synth-pop context borne of inspiration and influence from the peerage of such electronic pop pioneers as Depeche Mode and the Pet Shop Boys.

In this digital age however, with the tools of software constantly being enhanced and improved at an increasingly growing rate, creative art packages in sound and vision don’t so often come as stunningly turned out as PUZZLE hits us so engagingly with.

Continuing the build across this dramatically served momentum, we are now met by a curtain raiser of pulsating electronic epicness, which in as much equates to PUZZLE’s sophomore release “Trial By Fire”.

Acting as a sonically imbued bridge which steps beyond reality into the portals of cosmology, the theme around this studies the complexities of the human condition. As PUZZLE himself explains, “the song is about human struggle of fighting for something or someone against impossible odds; it’s the embodiment of not being afraid to stand for what you believe regardless of the consequences.”

There is a pull of dynamic and of drama in PUZZLE’s tone which denotes his encounter with sources of confliction, nonetheless he fights off the demons by standing his ground and brandishing his smokily timbre impassioned vox and vivid electronica mastery as his tools of creatively sort escapism.

This all sounds so good on paper and on, online digital too, but I think the best might be yet to come served in the aesthetics of live performance.

Plug, plug! PUZZLE’s next headline gig is at The Courtyard Theatre – Hoxton on 9th March