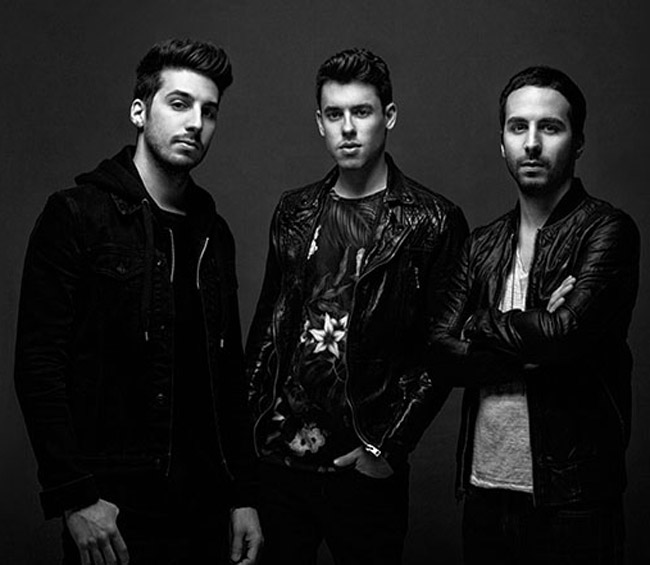 Listen to “Surrender” by Cash Cash

There is no let up from the production trio of Cash Cash, they keep dealing us bass heavy, wall to floor electro fierce bangers such as “Take Me Home” and “Lightning”, thing is Jean Paul, Alex and Samuel are quite the masters and have firmly cemented a signature brand of some standing which is evermore becoming expansively and globally appealing.

Regarding the overall message sent via the track Cash Cash are keen to point out that the idea of surrendering doesn’t necessarily always translate into meaning something negative or a sign of defeat, as they explain further “…… this song shows a different side of it. Sometimes it’s the fight that kills you. Sometimes you don’t even know what you’re fighting for. Sometimes surrendering can set you free”

For a trio whose profile is seen to be amplifying at a similar hypersonic pace to their high velocity sets, they certainly seem to have notched up another smash on the way to their debut album which will drop 2015.