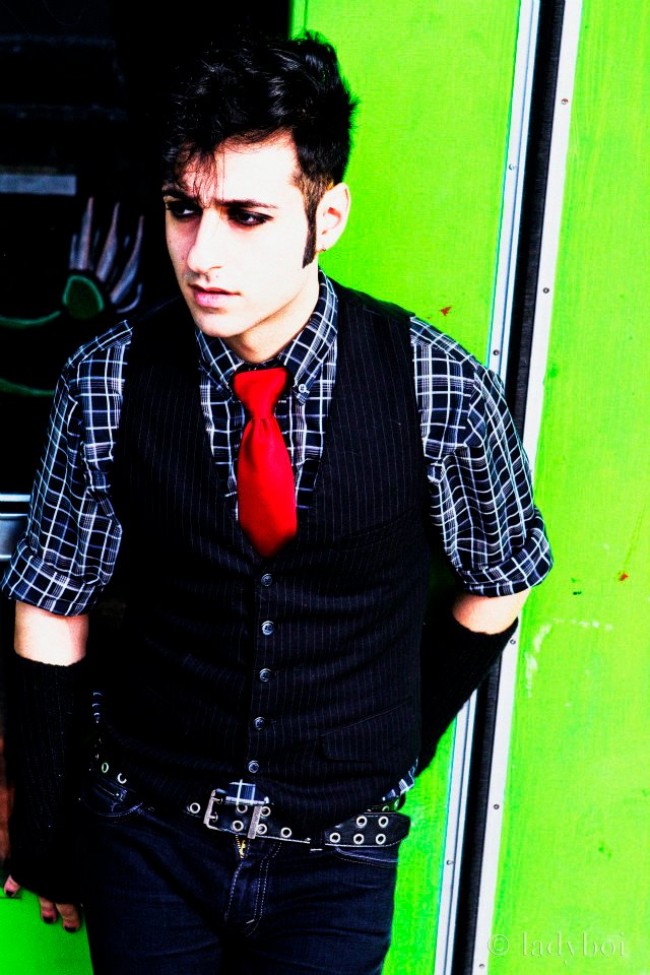 Breaking out onto the New York electro pop scene high-rollered multi-faceted pop maverick Ladyboi cuts quite a dash of unorthodox presence as he unleashes his eclectically savvy pop wares onto the discerning music lovers of the NY underground.

Ladyboi has the metal though to push through the electro pop veneer to command a show-stopping delivery of so much more than just generalised electro-pop, Ladyboi diversifies and variegates like a chameleon of pop change, twisting up, working up his own brand of melting pop that feeds off a mingling together of genres, techniques and styles.

As an already accomplished actor also, Ladyboi exudes with confidence and tenacious spirit to carry off such powerhouse leaps into pop experimentation.

From the recently released debut album “O My God” try out the selection below for size and become wised-up to the metamorphosized melodies of Ladyboi.