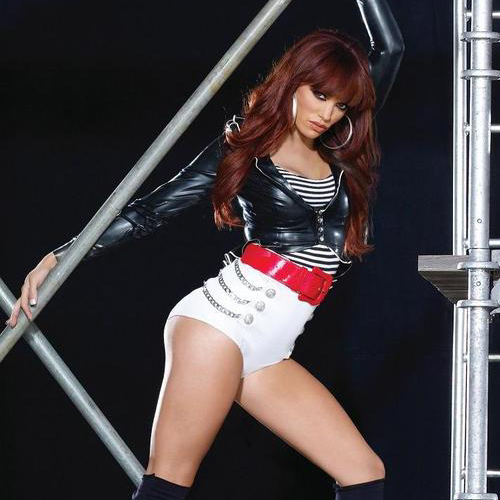 Once upon a time there was a pop dance group called The Pussycat Dolls, they were fronted by mama doll Nicole Scherzinger, dancer doll Kimberly Wyatt and three other dolls who were fit as, and looked the part although, we never took much notice of who they were.

Following the Sugababes tradition of line-up changes, the next generation of The Pussycat Dolls has just been announced as Vanessa Curry, Kristel Lyndriette Smith, Tiffany Taz Zavala, Kia Hampton, Lauren Bennett and Paula Van Oppen, as reported via Homorazzi

No sooner does this happen than original PCD member Jessica Sutta hits the big time with her own rather Britney-fabulous pop tune.  It’s been dancing around our inboxes here at EQ HQ for like forever, so we thought we’d give it an airing out as it’s almost the weekend and we fancied a bit of a bop.

Perhaps we didn’t know the name Jessica Sutta back then, but we’ve certainly got out radar on her now.