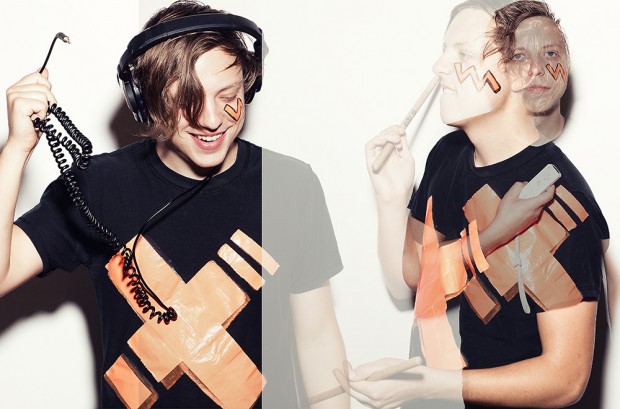 We get so many tips off’s here at EQ citing that A, B. or C artist are ones to watch and I can absolutely confirm that I haven’t been so riveted by an artist as we’ve turned into the New Year as much as I have been since being introduced to LA based songwriting and multi-talented boy wonder Robert DeLong.

His brilliance quite came as a surprise to me to be honest, and it’s not directly in your face selling it’s über magnificent by it’s expressive and fluid flow of natural talent that exudes from Robert DeLong that makes me completely fascinated by him.

What Robert does with his tech ware of keyboards, wii-motes and drum machines is percussion sensory stimulating and a refreshing creative anomaly that both captivates and intrigues on a level of tech geekiness that is also conceptually and visually a package of rad, like a budding mad professor of electronics.

Jebus I’m no science freak, but do I now wanna go out and play in his cave of stalactite light sticks, drum pads and drum kits.

Someone throw me some firestix and I’ll be in journeying down to the centre of the earth to create some laser girl rumble of my own.