EQ Interview with Imogen Heap Part Two – “Now that there are lots and lots of more females now, it’s a little bit more even…” 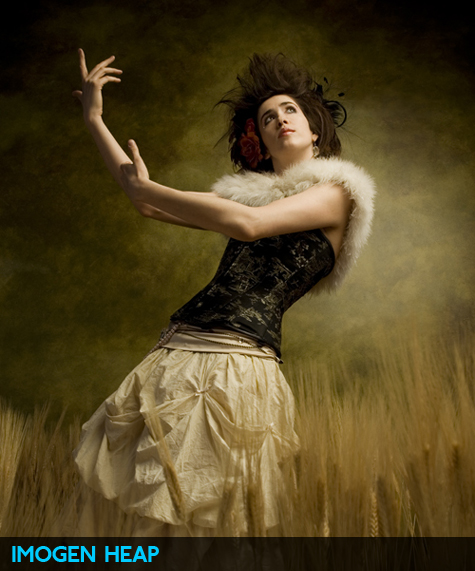 Last week I got to interview the legendary Imogen Heap and it was such a wonderful experience. In case you missed it, here's the link to Part One of the interview.  In this second part of my interview with Imogen Heap, the electronica goddess talks about the album artwork, working with Mika, her thoughts on Little Boots & La Roux and her plans for hitting the road for "Ellipse"…

EQ: Talk me through the artwork for "Ellipse" – any special meaning behind your holding a little piece of spiralling light?
Imogen Heap: Again when my manager was talking to me, he was like “we have to get some press shots together next week” and I was like “I don’t want to do this right now – I don’t want to be in a café or nonsense like that. Can I have a bit more time?” and he was like “well we have to get them done now for the promo to go out”. So when I was thinking about it – what represents me for the last two years, and the music and the house and what I feel like I’m about. I had this really clear image in my head about me giving or handing something to someone. Like a gesture of, here it is – something that represented the album and everything that had gone on. I saw this spiral thing, kind of a galactical – it could be huge or tiny – which is my mind, my thoughts, the light of my life, my music and coming back to the family house, the journey around the world, making the record, all these full circles that had been happening to me and about the record and I just felt it all felt right and it felt really clear and I wanted to be on the cover looking into the camera – I’ve never done that, I’ve never chosen a press shot like that – well there’s a couple…. I don’t really like the way I look when I’m face on…I like doing more profile shots because it’s more engaging, so yeah, it kinda all came together. So Andy, a guy off Twitter won the competition to get involved in the artwork and he helped design “Ellipse” really beautifully – it’s literally, exactly what I saw in my head and it’s beautiful and I love it. 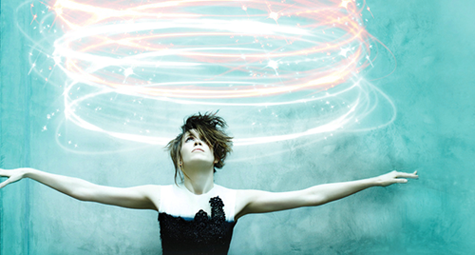 What’s it like working with Mika – any tidbits you can tell us about that collaboration?
Um, well we met as the Ivors, the songwriting awards and he has the same publishers as me when I was being published 8 years ago. So I met him and he’s gorgeous, tall and very charming and said hello and we ended up going out to this pub afterwards and chatting – he’s lovely, his energy is infectious and he’s just full of life – brilliant. I like working with people like that. No collaborations I’ve ever done have I planned or have ever thought “maybe that guy” – I’ve never thought about it – things just kinda come around and you feel like saying yes because you want to and I’m glad I did – he’s a lovely guy – I really like him!

The last time I saw you live, you were working the one-woman band – are you heading out on the road for a new tour to promote "Ellipse"?
I am – in November. It’s starting in the States. Just small shows, like a few thousand people and then come to the UK and the rest of Europe in February and who knows then – the rest of the world!

The Guardian has given you the title of "the first download diva" – is that an accolade your proud of since you are such a pioneer of online media and social networking?
Yeah! It’s a great little nugget! [laughs] in little quotes and things. It’s very flattering! I’m very happy with that one and the four star review they gave me today in the paper! 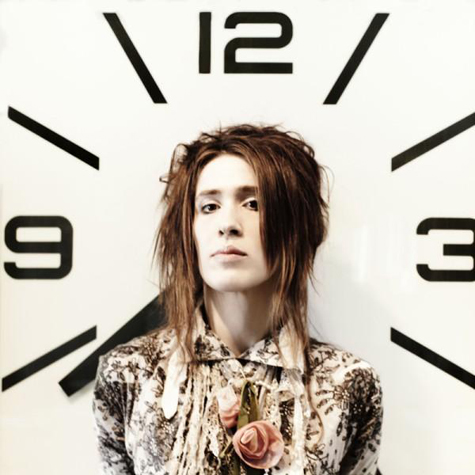 There seems to be a resurgence of female led electronic music the last two years. What do you think of some of the current electronic divas like La Roux and Little Boots gaining momentum?
I just think it’s brilliant because when I tried to get my music on the radio or anything reviewed – there was always this kinda of like “oh we couldn’t possibly review another girl this week”, even though we have like like ten bands and five other male things, we couldn’t possibly review two other female artists in the same week…We couldn’t possibly on Radio One play two new things from two females…” So now that seems to have disappeared which is absolutely brilliant and totally fair now. Now that there are lots and lots of more females now, it’s a little bit more even..

They can’t use that excuse anymore now can they?
No, no! [laughs]

Well that's Immi – thank you ever so kindly for your time – I know you're extremely busy at the moment promoting the new record. Do you have any parting words for our EQ readers?
[Sings] Ummmmm…Just please come and see me live. I’m really gonna give a great show – I’ve got lots of ideas in my head. Actually I’ll only get to around 10% of them, but even if I do 10% of them it should be quite good, it will still be a great show. Please come see me and say hello – and I hope you like the record!

"Ellipse" is out Monday EQs – make sure you go and get it – pronto.  I've been listening to it all last week now and it's hands down, the best electronica album released this year.  It's surpassed my expectations and anticipation.