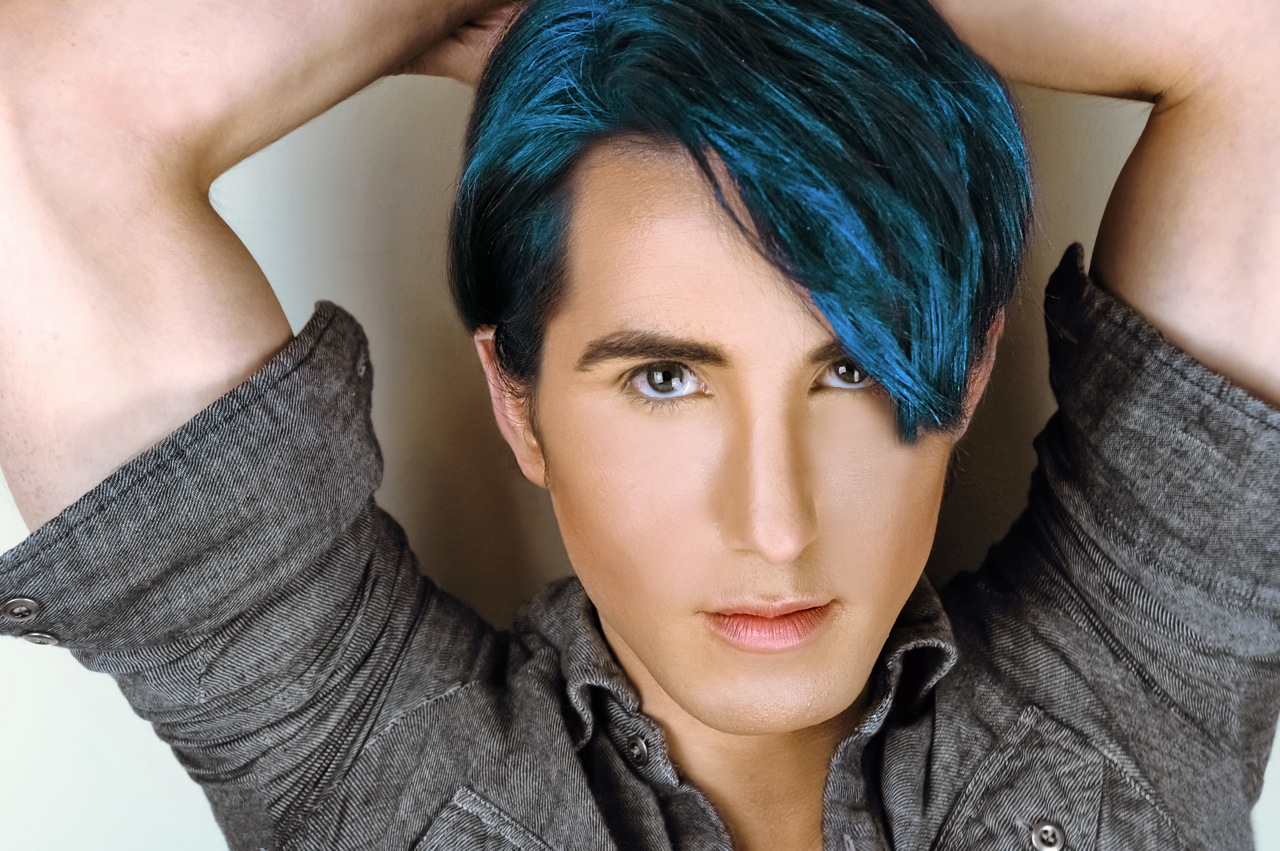 Stylish pop. Flamboyant pop. Inspiring pop. Freaky Pop. – and with that we unveil to you sign of  it all Ricky Rebel. Beyond his distinctive blue wave of hair, Ricky strides out of the pack that saw him active in the 90’s as one fourth of US boy band No Authority.

Whilst some of our American readers might now be having a few lightbulbs pinging off in recollection of the pop savvy youngsters, let’s colour in a little career history for the clueless amongst us.

Back in the 90’s No Authority were dished appraisal and backing by BOTH the King and Queen of Pop!  Firstly being taken under the wing of Michael Jackson, signing and releasing through his MJJ label whilst, later on in their career, the sceptre was passed onto Madonna who inked them to her Maverick Records imprint. At the dizzy heights of it all, No Authority also toured with Britney.  Youthfulness, ambition and opportunities saw the dissolving of the band.

The bands former lead singer Ricky has remained in active vocal service though scoring work on film and TV soundtracks.