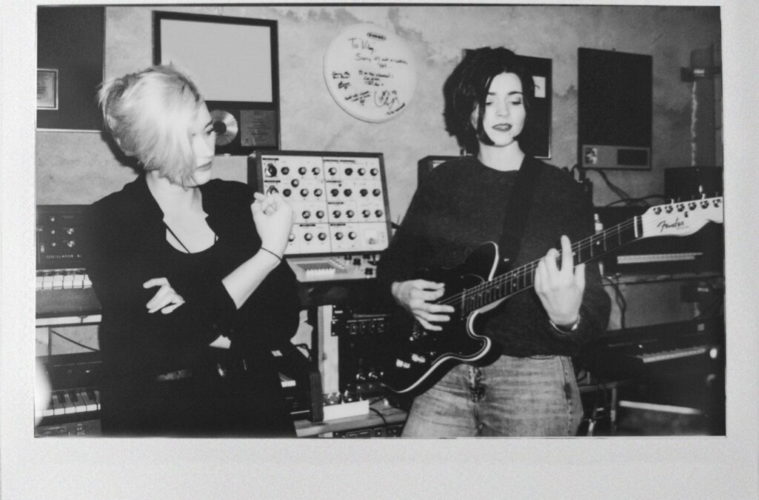 I have realised there has been a lot of pop on the blog recently. Now feels the time to give something back to those craving, pure unadulterated, electronica. As undeterred by a pandemic the Alt-pop duo SpaceAcre continue to emerge.

Phoebe Little and Jas Scott, formed, SpaceAcre last year after meeting at a songwriting camp. They have a mutual appreciation of Sci-Fi, in particular, the film “The Fifth Element.” As well as creatively, exploring, cinematic soundscapes. Which goes quite a way to explain the signature sound they have started establishing for themselves. Throwing themselves into the deep-end. The duo brings to the fore otherworldy, haunting, widescreen musicality. At this early stage in their career. And based on their newest release “So, I’ll Run On,” I certainly, peg them as being a somewhat left-of-field version of Goldfrapp.

The majestic offering stirs up feelings of darkly evocative, timelessness. I kind of, feel the track, would not be out of place when used for a documentary about space (rather, as their band name implies.) Although the introspective lyrics reveal. “It’s mainly about conflict; internal battles, prejudice and complex relationships,” SpaceAcre explains. The tracks notable epicness is such, that it belongs to the classical end of the music spectrum.

Lifted from the band’s, debut EP “Overthrown” due this September, where we will undoubtedly see them push their creative process further. “So, I’ll Run On” breathes restless energy, that flows through the verses and culminates in the powerful, dramatic chorus. When it comes to debut material, this is nothing short of an ambitious, futuristic sounding piece of work. A statement of intent, which spotlights, the duos crafting and pop skills. SpaceAcre creates distinctive soundscapes. Moody and atmospheric. Made with the hope that when listening, we might become lost in the mystical magic of another world. More importantly, I feel stirs, our fantasy awareness, and imagination to work. There is every possibility the music of SpaceAcre, might inspire someone to write the next blockbuster Game of Thrones like fantasy drama.