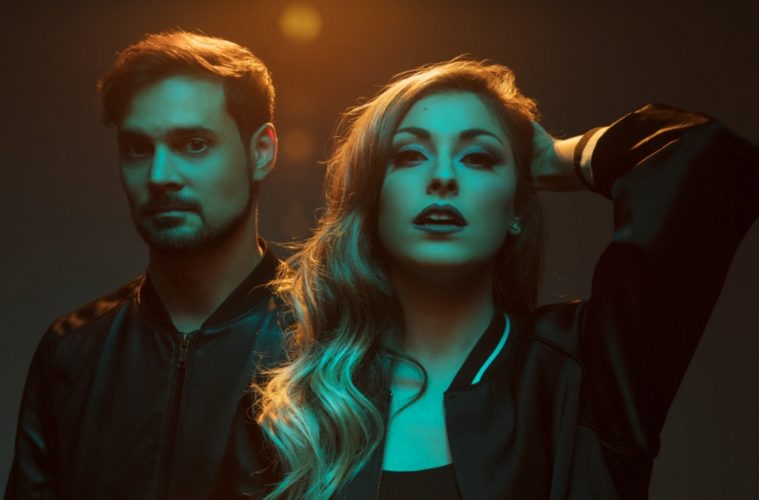 It never ceases to amaze me that there is an abundance of electronic pop acts that I have yet to discover. Such as Toronto based duo Featurette who has just come to my attention as they begin to promote their sophomore album. The duo comprised of singer Lexie Jay and drummer Jon Fedorsen has a sound which has been reared on synths but has notable indie-pop leanings as well. What comes through in their music is that they are a band who thrive on being creative. They aren’t ones to play it safe. I get the sense that Featurette’s mindset is if there are goalposts to be shifted, they are up for the challenge with a good dose of vigour and determination.

What they put into place on their 2016, debut album “Crave” is being extended upon as they go in on album number two. The first single lifted from it is “Million Things“. It is an infectiously quirky track which boasts more pop sensibilities and hooks than you can shake your hat at. It hasn’t got the edginess that was evident in their debut tracks. Style wise it comes in notably streamlined and primed to grab a spot at radio.

We are just coming out of mental health awareness month but it doesn’t mean that discussion around the issue needs to simmer down. When in fact more and more singers and music artists are opening up and sharing their personal wellbeing stories in their songs. Featurette have a great deal on their minds. Concerns with overuse of social media, and how it is easy to get caught up with trying to be Insta-famous. This is where the inspiration for “Million Things” comes from.

“We’re trying to capture a snapshot of the social media driven world we live in, and how it affects our relationships and even mental health. Everyone’s trying to be Insta-famous. Everyone’s got to look their best at all times and ‘play the part’ so that they’re not forgotten. We’ve got to be one step ahead, more likes, more followers – it’s endless. It can be draining to create a world where we’re always presenting our ‘best self’” Featurette

The song is on a vibe, and the video pops out at you in a cool way. Consider, “Million Things” as a window into the duos clever and witty world. Going forward, the way Featurette will continue to gain visibility is because their intelligent style of electronic pop has a soul.