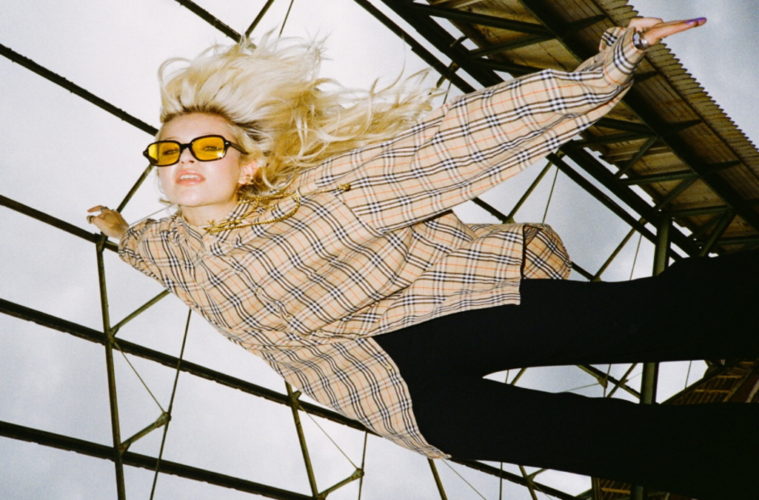 It is not surprising that so many people are noticing the fast-rising pop prodigy Dylan. Lately, she has really stepped up her game. Her track “nineteen” got my support on the blog. I am still convinced it is a massive hit in waiting. The fact that all of Dylan’s headline shows in February 2022 are already sold out is all the proof I need that she’s gaining ground fast. Not to mention she is being seen at all the right spots to get the right kind of attention. The tour support act for Yungblud, Griff, and Thomas Headon. In fact, her growing fan base led to the release of the current single, “You’re Not Harry Styles“.

Dylan knew what she was doing releasing this track. She played a blinding PR game to her advantage. It provided her with ample opportunities to draw attention to herself by using Harry Styles name. In the build-up to releasing this song, Dylan announced the tracks name on social media. The hashtag #yourenotharrystyles now reaches over 3.4 million views, with 17,000 pre-saving the song before it came out last week.

I love that the track has a super cool, indie-pop vibe while suitably being empowering. According to my understanding, we don’t yet know if Harry Styles himself has checked out the song. If he has taken a listen, he hasn’t responded by leaving a comment on it.

Dylan is one sparky chanteuse these days of that there is no doubt. She is astute and whipsmart with it. Some might see it as being brattish, but my view is that of a pop newcomer who exudes confidence.

Video footage from one of Dylan’s recent performances was an excellent choice for the music video. The excitement and energy in the crowd. Makes me want to jump around like someone strapped to a pogo stick, as well.

Dylan has suddenly transformed as a cross between Avril Lavigne and Baby Queen. Developed into a fierce pop force. It is the perfect move. And now I’m wholly excited about Dylan.