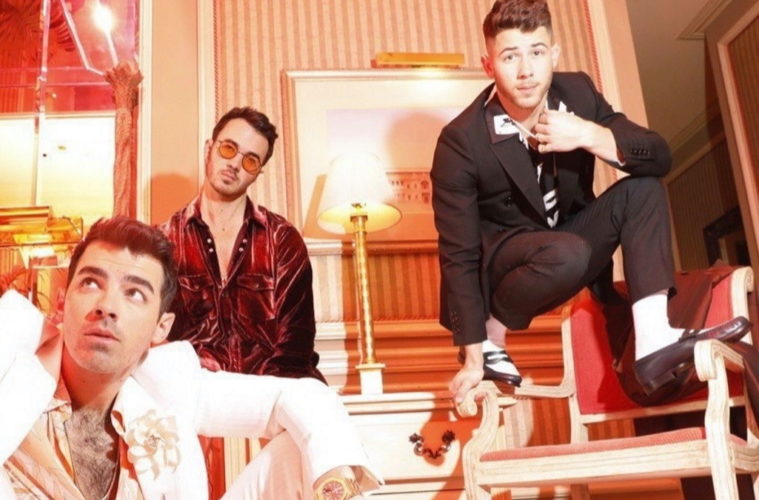 Watch “What A Man Gotta Do” by Jonas Brothers

Humppff! What a girl gotta do to source some Grammy footage available to watch in the UK! It has been difficult to sift out any good quality clips or even the briefest nanoseconds worth of the Jonas Brothers performance at the Grammy ceremony which took place on Sunday. It took some considerable effort to find any UK broadcasting of the event, but digital TV channel 4Music came through in the end, and I’ve finally now been able to enjoy a watch of the J Bro’s first live performance of their newest, vibrant pop offering “What A Man Gotta Do.”

Judging by the blockbuster styled official video (below) which was launched in promotion of the giddy pop track, (no doubt duel serving as an appetiser to the Grammy event.) I have been most wanting to feel the experience, the brotherly trio brings to the stage. I knew whatever Nick, Joe and Kevin were planning for the Grammy’s would provide this grand spectacle. As much as the Joseph Kahn directed official clip starring the guy’s significant others Priyanka Chopra Jones, Sophie Turner, and Danielle Jonas is enjoyable and 80s rom-com, movie retro. Right now, I’m hungrier for living in the moment with the Jonas reunion, because of how the “Happiness Begins” Tour has now come across the pond for its stint in the UK and Europe.

Don’t hate, but I found the album “Happiness Begins” a mixed bag to be honest. Not a lot about it stuck with me although, feel sure seasoned Jonas fans would disagree. However, the burst of happy “What A Man Gotta Do” gives out, is in my opinion what the album really lacks. I can see why the brothers were hungry to get the track out, quickly. Evidently, the guys had a ball when making the official video. Although on Sunday they didn’t walk away with a coveted Grammy themselves, they couldn’t have created any more, electricity than what their performance produced on stage at the Staples Center. Below, the snippet of “What A Man Gotta Do” live from the GRAMMY’s affirms UK Jonatics are going to be in for a wild ride after all.