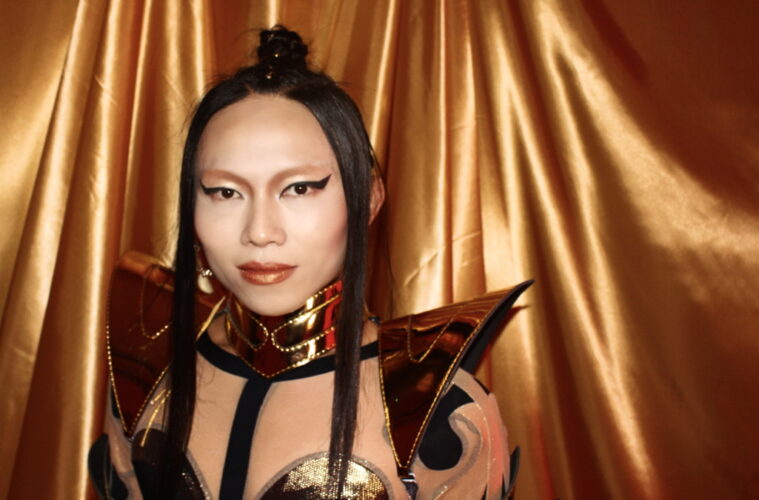 Watch “This Is My Culture” by Le Fil

It is only one month since I introduced EQ Music Blog readers to Le Fil. Having covered an emerging artist feature in September, noticing the RuPaul’s Drag Race UK, season 4 star. As a fan of the popular television series, Le Fil quick smart caught my attention with the mini-singles released with his appearances. At the time, the tracks “Ready 4 U,” “East to the West” and “P.U.D.S.E.Y.“, made it onto my radar. If there was one slight complaint that I raised about these Lostchild-produced songs. It was that I craved extended versions of each of them. In hindsight. With the release of the “Le Filosophical” EP. I realize it was always intended for these songs to be heard in their full, electronic-pop splendor.

No doubt by now, most viewers should have caught up with the latest action on the show and will be aware of last week’s outcome. After an iconic lipsync battle with drag race contestant Black Peppa. Le Fil was asked to sashay away by mama Ru. (Albeit a surprising move).

However. He may now be off of our TV screens, but Le Fil is not going anywhere but forward. Hence the well-timed release of the “Le Filosophical” EP.

‘This Is My Culture‘ is the empowering lead single from this release. As Le Fil shares, it was written as “a defiant song about what you can achieve with a strong support system around you.” This song expresses his feelings regarding his Drag Race UK experience after he exited the show. He dedicates the track to

“my queer family, my Asian family, my creative family, and my fans – all of whom whose love and support have helped me thrive. It takes a village to raise a queen, and this song is a dedication to them.” .

For the reasons stated above, the video directed by Joe Wood is celebratory in nature. The visual pays homage to everyone behind the scenes who was patient, generous, and supportive of Le Fil’s Drag Race UK journey – musicians, photographers, friends. In the clip, there are some stunning new looks to admire. Eagle-eyed EQ Music Blog readers might like to watch out for cameo appearances from Lostchild and TIN.

Want more Le Fil? Sure, you do! Check out the “Le Filosophical” EP in its excellent entirety here.