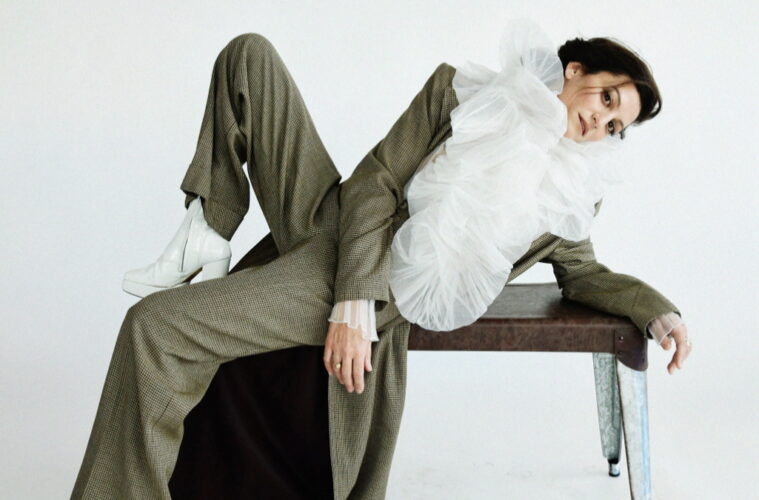 Just released! This week, Electro-pop powerhouse artist Dragonette has returned with their fifth album, “Twennies“. In the run-up to the album launch, the focus tracks came out fast and frequently. As a matter of fact, “Twennies” was the culmination of a three-month promotion process that brought us “New Suit,” “Seasick,” and “Twennies” the title track . The latest track welcomed to the spotlight is the song “T-Shirt“. The song fills my heart with nostalgia whenever I listen to it. The most retro-old-school Dragonette release of the entire evolutionary series, in my opinion.

In an interesting twist…

Regarding “T-Shirt” Martina explains, “This song came together so fast that I can barely remember the process of writing it”.

Therefore, with the above, in mind, it appears the nostalgic vibe of the “T-Shirt” has contributed to its spontaneity.

Similarly, when discussing the creative process that goes into a song. Martina shares that when songwriters leave the studio for a break, it is not uncommon for them to

“inadvertently come back with one of the missing keys to the song. I have a strong memory of that with the chorus of this song (“T-Shirt“). But I literally have no memory of writing the verses. It’s like they pre-existed the session”.

For old Dragonette fans, Drew Lightfoot’s appointment as director of the “T-Shirt” video is exciting news. Namely, because it is Drew, that previously worked on the visual elements for the electronic-pop project’s songs “Easy“, “Pick Up The Phone”, and “Let It Go“. His inclusion in this latest project links up with the recognizable signature retro styles of the Dragonette eras. And whereby his appointment subsequently pushes the full-circle retro Dragonette appeal of “T-Shirt” further still.

The music in this project is critically acclaimed and never fails to impress. “Twennies” the latest album out from the now Martina Sorbara-helmed electronic-pop project, is a more creatively ambitious offering than having been renowned for. A step forward definitely concerning aesthetic and sonic evolution. In many respects a boundary-pushing effort. A stellar addition to an already glittering catalogue.