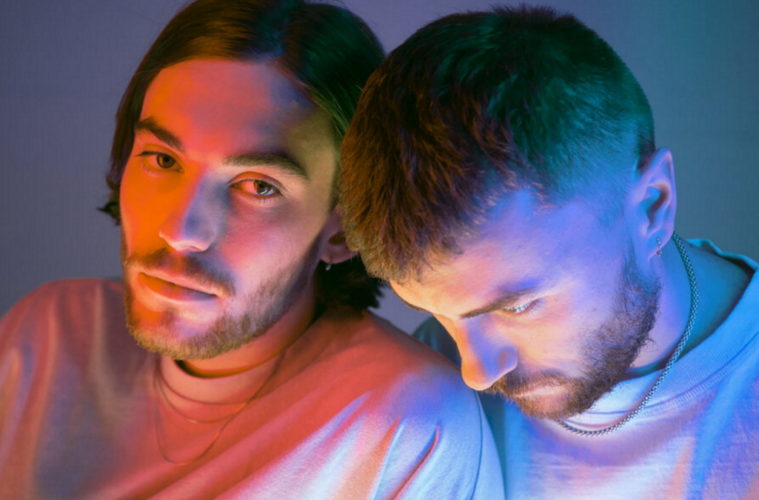 I cannot lie, the HYYTS track “SOS” which I first wrote about back in October, has well and truly, gotten under my skin. The duos current track is all I crave from a pop song. A simple melody. Lyrics which resonate with a poignant message and an emotionally heightened vocal. I get to listen to a ton of new tracks every day, yet, I keep revisiting “SOS.” If this means I have an obsession with it, I willingly, hold my hands up. HYYTS management tipped me off about the music video before it dropped. Responding to my tweet “still not bored of “SOS” by HYYTS, they offered up a cryptic, yet intriguing response “wait till you see the video…”

You’ll have probably noticed that I don’t usually write about a track and it’s music-video separately a lot. As more often than not, it seems either a song or video alone is generally speaking more gripping / stronger than each other. In the instance of “SOS“, both audio and visual are on par equally. The Pip and Lib directed visual, shares relatable storytelling. Two friends are enjoying a casual night out, swapping the glitz of the city disco for the down-to-earth, humble surroundings of a working man’s club. In more normal times this would be a scene which is echoed up and down the length and breadth of the United Kingdom.

Adam HYYTS vocalist is drawn to the working man club’s makeshift stage and Karaoke machine where he is only too willing to do a turn. (Much different to the usual drunken sing-a-longs that most karaoke parties evolve into). This impromptu performance flips into something altogether more raw and honest by far. The premise of the clip is to spotlight issues around men’s mental health. This visual has been brilliantly executed in getting those messages across poignantly and with utmost empathy.

The “SOS” video has a special power. With making the effort to check out the visual-only once, I’m assuring you, you won’t forget it in a hurry.