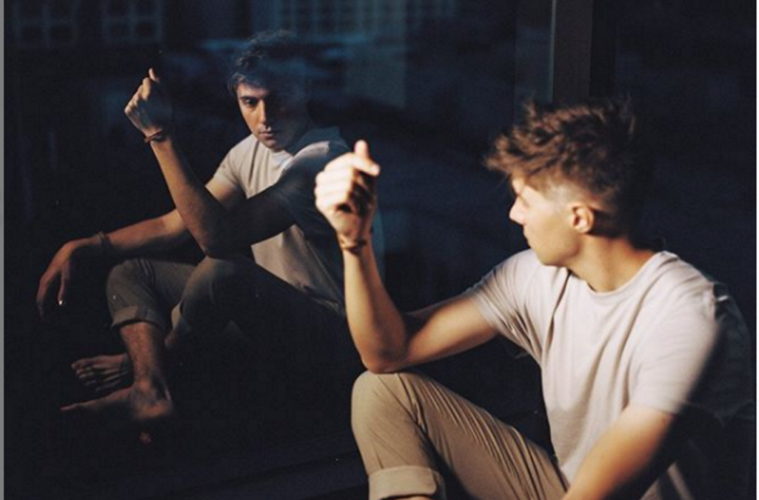 Watch “No One” by Peter Thomas and gnash

LA-based, singer-songwriter and producer Peter Thomas released his debut body of work “Attachment” in February. Its a fantastic album comprising of, lyrically authentic, melodically, soothing tracks. You might have missed it when it launched earlier this year. Given the list of artists that Peter has either written or produced or both, for over the years, (Betty Who, Sheppard, COIN, P!nk, Ava Max.) It’s rather odd that his solo recordings haven’t been getting a big push promo wise. Maybe that is yet, to come. Low-key releases or not, Peter is a multi-faceted talent to be reckoned with. On his next single, “No One” he teams up with gnash.

Peter and gnash are a music partnership who work from the same compass, as both artists excel at painting their lyrics with their feelings. Thomas’s intimate style always being soothing and mellow, inviting gnash on board, the guest vocalist injects a short burst or sing-rap (it’s the style he’s known for.) Because of, how gnash filters in, his unabashed thoughtful style of indie-pop, with a slight rasp in his voice. It offers up a new texture and dynamic not heard in Thomas’s work before.

The song is a proclamation of undying love and devotion. Peter sings with super honesty, “We got it good even the bad nights, these are the best I ever had nights, if it ain’t you, it never would feel right.” The style of songwriting is what he does best, at mid-tempo and dreamy. I have kind of been getting the feeling with Peter that he’s not so confident about being seen as a popstar per se. Above all else making music seems to be his sole objective. Certainly, when it comes to promotion and music videos he prefers to stay out of sight as much as possible. The Joe DeSantis directed music, video for the track is a brilliant example of how to be in a video yet, not all the way immersing in the process, as we barely see Peter’s face. A nice silhouette here and there is mostly all we get until the last few closing shots of the clip.