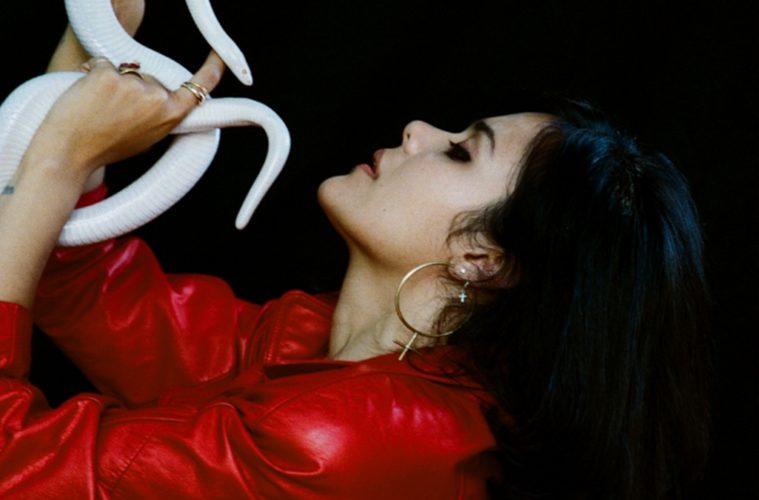 Watch “Kids in the Dark” by Bat for Lashes

It is happening again. The incomparable Bat for Lashes is prepping the release of a new album. The singers fifth long-player “Lost Girls” arrives September 6th, 2019; via AWAL Recordings. In ways, Natasha Khan is a treasure when it comes to playing left-of-field. She has never knowingly appeared as though she has had the urge to stray from her own lane of experimentally leaning pop making. Her boundless vision and creativity are her power, which she utilizes as her greatest strength.

For over a decade Natasha’s continued resistance to not being pegged into a box has afforded her longevity. Four albums worth of tracks and storytelling stands as evidence of her inexhaustible ability to push through boundaries and remain beguiling. We can’t begin to think that when the new album “Lost Girls” arrives that it will consist of anything less than we what we have been accustomed too. Although, expect the music style paths which it might take us down will most probably be as wide open as her vivid imagination.

The singer gives us our first taste of the new project with the introductory single “Kids in the Dark“. A sobering and exquisite track which features cushions of soft synths. Forming a graceful and welcoming backdrop for Natasha’s sweetly delicate, voice. It is nice to find that even Bat for Lashes is now looking to the sounds of the 80s for inspiration, going a touch Terri Nunn of Berlin, “Take My Breath Away“, on this track. A signature trait of Bat for Lashes is that she does love following through with a concept when making an album. “Lost Girls” sees Khan dreaming up her own fully formed parallel universe, creating an off-kilter coming of age film in which gangs of marauding female bikers roam our streets and teenagers make out on car hoods.

In the music video directed by Natasha. It transpires. As one of the lost girls, Natasha assumes the name of Nikki Pink. She is embroiled in a romance with Michael. He is not of her world, but they don’t stop a little thing like being in different spaces in time from interfering with their blossoming union. Making cameos are the rest of the lost girl’s gang, Eleanor, Evangeline, Avery, Bella, Isa and Anna. Predictably we’ll find out how they fit into the story as it further evolves. As beginnings go, “Kids in the Dark” is a delightfully charming and soothing lead-in effort from the brilliant, thoughtful mind of Bat for Lashes. Much like the soon to be unfolding “Lost Girls” story, the musicality of this project creates a magical new Bat for Lashes world to explore. How long to wait till we find out what’s in store, next. We wonder?…