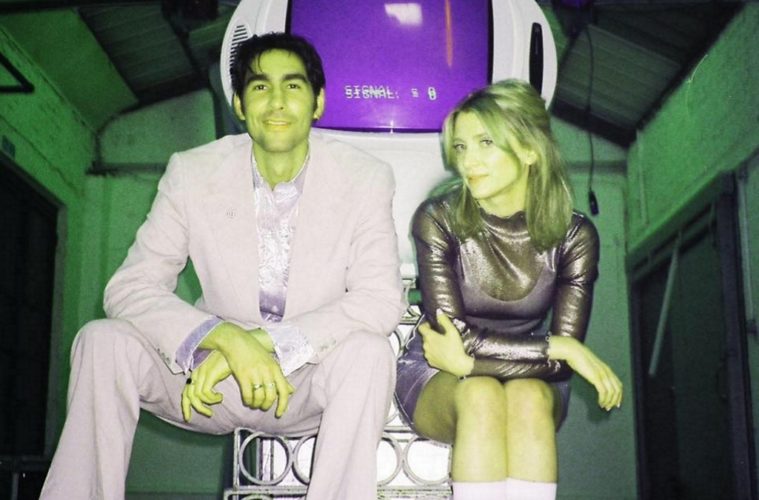 Bless the heaven’s above. London singer-songwriter and producer Oscar Scheller and singer-songwriter to the pop stars Pawws (Lucy Taylor) have teamed up on a twinkling indie-pop song. The track “Interstellar Disco” couldn’t have come at a better time. We are heading into summer, and we all know what that will mean. An abundance of dance and pop anthems will be on their way. Luck is on our side with Oscar and Pawws, they prefer to take a different approach. Shaped around indie pop sensibilities and shimmering disco vibes.

New music from Pawws is way overdue. To be fair she is rather busy, assisting with the penning pop songs for Dua Lipa (“Be The One“) and Dagny (“Used To You“) and most probably lots more acts besides. It’s been five years since “Slow Love” and “Sugar” I have certainly missed her unique, delicately calming voice. It isn’t just Pawws who is connected with some of the biggest names in pop. Oscar is in demand also, produces and has written with the likes of Lily Allen and Mabel. All the thanks should be directed towards Mabel (who has worked with both of these lovely people) for putting these two in contact with one another.

“It’s a song about two friends meeting at a fantasy location called the “Interstellar Disco“. It’s a place you go when the sky feels too low, and the universe feels too big, and you just wanna forget about everything and dance like Napoleon Dynamite” – explains Scheller.

Between them, they have written the perfect sad pop banger “Interstellar Disco“. Brushed with a touch of Britpop influence which Scheller is noted for and synthpop styling which Pawws usually works in. These two play to their individual strengths but the outcome of their collaboration is simply blissfully magical. Moreover, I’m so into the cool retro vibe they have gone with for this project. It works for them and it works for me.

DIARY DATE!
Scheller will be releasing his sophomore project, “HTTP404” later this year. Keep your eyes peeled for his next London show on July 12th at Omeara which will feature his album collaborators (Tickets link – here).