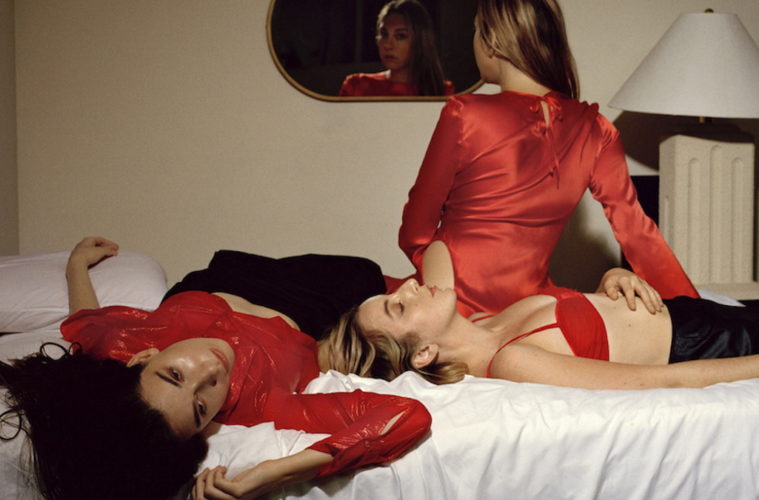 Watch “I Know Alone” by HAIM

I find myself liking sister trio HAIM more and more these days. The girls have, for the most part, moved away from their immediate, jaggedy alt-rock style and are now absorbing softer pop sounds into their new work. I wouldn’t say the change has come about because they’ve mellowed out, more that after two albums it was time to diversify and try out new ideas. Readying album number three “Women In Music Part III” has been quite a ride for the sisters. They began offering up teasers late last summer and as they’ve inched closer to release we’ve heard them swap over into the electronic pop lane on more than one occasion. Now impatient to birth their new album, baby, HAIM has announced its arrival as June 26th. They didn’t want to leave the news uncelebrated, so they’ve also dropped another track, “I Know Alone,” complete with a socially distanced compliant music video.

HAIM may have been underappreciated on EQ Music Blog thus far. Since they are exploring the electronic-pop trajectory with more regularity in recent times, I think they are giving me every cause to recognise their new melodic achievements. Not forgetting their always lovely, synced harmonies. “I Know Alone” is a track which is etched with emotive stylings. A chill number which captures the hazy, quietness of loneliness.

Of course, the track has taken on a new kind of meaning, with what is going on in the world right now. HAIM has encapsulated the mood and poignancy of isolation, be it self imposed or at the request of others. They gently remind us, it’s OK not to be OK. No-one sparkles and shines all the time, it’s a myth.

More on the socially-distanced music video. The clip which shows the sisters carrying out an interpretative dance sequence was directed remotely by Jake Schreier and choreographed remotely by Francis and the Lights & Haim. Turns out it is more than a music video, they have documented a moment in history, embedding another narrative into the lyrical gripped, sonic wonderland. It took some time to open my mind to HAIM. In truth this electronic vibe they’ve now got going on is bliss.