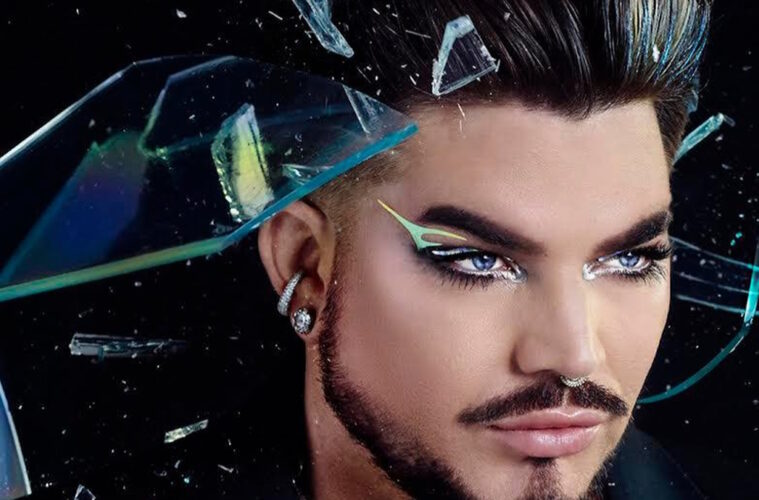 The chances are if we weren’t out partying or visiting relatives at Christmas. We were instead cosied up on our couches, with our eyes and ears glued to special editions of our favourite shows on the television. If you were one of the lucky ones totally, chilled out in a couch-potato state. You probably noticed Adam Lambert pop-up on one or more of these yuletide programmes. Since, the vocal powerhouse has hit the ground running, promoting his upcoming album “High Drama.” As can be seen in this project. Adam will take listeners on a journey through modern music while reimagining some of his personal, all-time favourite tracks.

His goose-bump-inducing interpretation of “Ordinary World,” by Duran Duran, arrived in the run-up to the festive holidays. Reflects the crisp coolness of a winter scene. Turning the corner into the new year, Adam’s edgy glam-rock version of Bonnie Tyler’s “Holding Out For A Hero” has 2023 off to an energetic start.

He had to approach the song differently than the original version made for the soundtrack to the 1984 film “Footloose.” Therefore, he drew on his power-pop and glam-rock prowess. Thus enabling him to supersize every bit of this dramatic, incendiary track. In his version, drums and a pulsating bassline rumble heavily like thunder. Allowing his vocal chops to slap hard for a dynamic performance.

Yet as soon as I noticed the teaser go out for the Jordan Rossi-directed music video, I became desperate to see this clip in its entirety. The striking images of Adam’s backup band dressed in mirrorball-encrusted biker’s helmets. As illustrated by a pastiche concept while looking similar to members of Daft Punk and equally reminiscent of Robert Palmer’s pivotal “Addicted To Love” visual. Fuelled an insatiable rush of excitement in me.

There has not been a groundbreaking music video of the same magnitude as “Addicted To Love” in a long time. Replicating, if only in homage to this unforgettable yet clever video idea. A stroke of genius, a goal that requires building upon in the arena of music video making. Musicians, may I ask of you, please pay more attention to music videos in the future, just like Adam did.

Make sure not to miss out!

Adam will be performing the “High Drama” album show at London’s Koko on the 27th of February 2023! Pre-order any format from the UK/EU store before midday (GMT) on the 17th of January 2023, to be entered into the exclusive pre-sale HERE