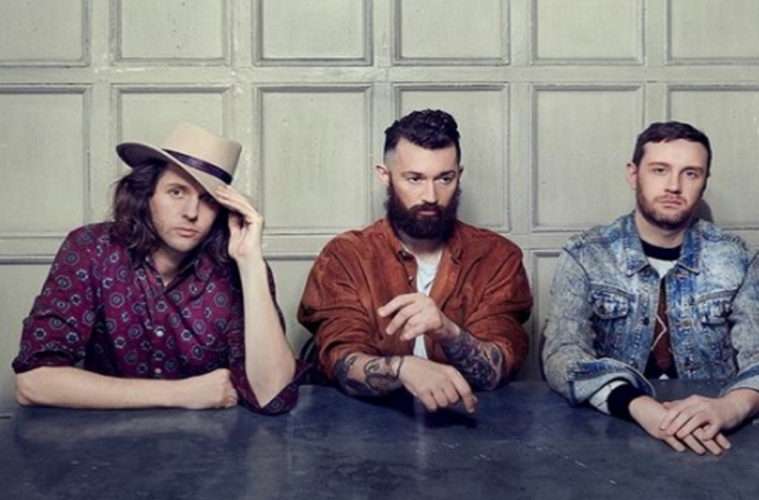 Readers of the blog can probably guess. I wasn’t too bothered about checking out the new Ed Sheeran album as soon as it dropped on Friday. There was another album release I was super keen to wrap my ears around, though. London indie-pop band Autoheart unleashed “Hellbent,” their third studio album. I mentioned it was on the way. After covering, the stunning Joseph Wilson directed video for the lead single “I Know That He Loves Me” on the blog the other week. I also had a feeling the band would put another track out on album release day. They lived up to expectations, obliging with the title track “Hellbent“.

I know this band are consistently good. The lyrics will be compelling and give me plenty to think about. I will love how acoustic notes blend with electronic ones. And I just love, love, love everything about Jody Gadsden’s mesmerising vocal. That is pretty much a brief summary of what “Hellbent” the album is. You must do yourselves a big favour and check it out. The title track is a collab with the singer Keziah (Stillwell) of the new wave/dark-pop band Black Gold Buffalo. “Hellbent” (the single) has a nice, funky, danceable pop groove. With a space disco kind of feel about it. It takes Autoheart out of their comfort zone but not so much that they are unrecognisable. There are markers slapped all over it. Intricacies and quirks that leave me with no doubt in my mind it is Autoheart.

The music has a sleek cross-over pop vibe. Once more, the music video is a treat for the eyes. The band have linked up with the artist and animator Aspen Tart. They struck up a connection with the band when putting out some animated visuals for the band’s track “Hungover in the City of Dust.” And provided the cover art for the 2019 single “Wretch“. The animation made for “Hellbent” throws up lots of questions, what the track is about? Here’s my theory. In addition to the use of storytelling, obviously. The colours used in the clip suggest it could be discussing gender fluidity. As I see all the colours that make up the genderfluid flag. I wonder if I am close with my theory or wide of the mark?…

Leave your comments on the video on YouTube. The band are waiting to hear your theories on it.