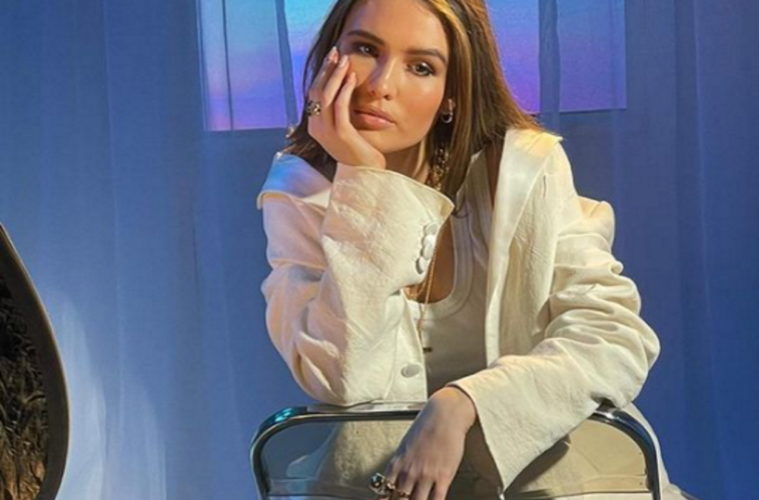 Watch “Good Without” by Mimi Webb

Well, that happened extraordinarily quick. One minute a lot of us hadn’t heard the name Mimi Webb, the next she’s scored a top twenty official singles chart placing. When I wrote about her track “Reasons” a short while ago I said about her. “Mimi Webb is likeliest to become a little bit famous, quite, quick. (As in similar ways to Billie Eilish meets with Tate McRae kind of pop famous.)” I had no idea the breakout would happen as swiftly, like, overnight with the follow-up single “Good Without.” I guess everyone has become captivated with her soulful, smoky voice, the same as I did.

Pop aficionados do seem to have a huge soft spot for powerful break-up songs that tug at the heartstrings. More often than not we find them sensationally soaring their way up the music charts. The reason being, people will always be going through stuff. At this time, perhaps because of the pressures of lockdown, people are relating to fractured and irreparable relationships that little bit harder.

Of the video, Mimi commented, “It’s very girl power. You’re trying to get over it and move on, but you need your friends. It isn’t all heartbreak. We gave it a twist. If you’re in the middle of a breakup, no matter the stage, I want you to be able to relate. When your girls are behind you, you’re going to be alright.”

Aww, thanks for that Mimi.

Not to put a finer point on it. It’s her beautifully distinctive voice that stirs up the biggest feelings in me. I have to literally stop whatever I am doing and take a moment out when her tracks pop up on my playlists or are played on the radio. The buzz is alight for Tate McRae at the moment, if you hadn’t noticed she’s like the current miss hot thing in music and I was an early adopter. But now I’ve moved on to, Mimi Webb. No regrets here. I just want to both see and be a part of her evolution and ascent to mega pop stardom in the same league as Dua Lipa. (Tsk, tsk. Here I go making predictions about Mimi again.) I really think with Mimi Webb this is achievable and not an unrealistic dream.