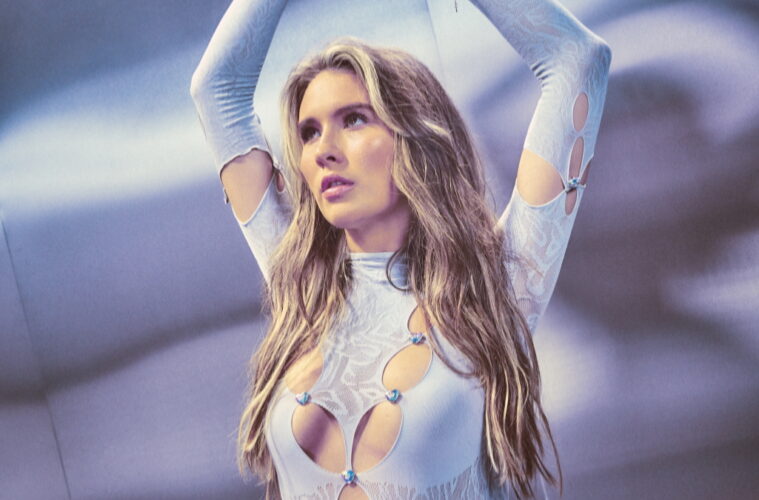 Watch “Ghost Of You” by Mimi Webb

She is unstoppable. She is Mimi Webb, the singer-songwriter and x2 top ten UK official charts hitmaker. The breakout artist is back with her new track “Ghost Of You“, her third release of the year. It is two years since she arrived on the scene and stole my heart with her beautiful, distinctive voice. Two years also where the hits have kept coming, and her pop presence has gone from strength to strength.

I cannot hide my joy when songbird Mimi sings, nor my admiration for her confidence in her performances these days. It is not only the UK she has set her sights on when breaking out. Similarly, things over the pond are going well also regarding prime-time TV performances and coveted entertainment news support. Therefore, keeping the momentum going with a new track as she gears up to release her debut album is the sensible thing to do.

As the debut project materializes steadily, we are learning more about the other well-known collaborators she is working with. Cirkut (Katy Perry, Miley Cyrus). In the instance of “Ghost On You” Stuart Price (Madonna, Kylie and Dua Lipa) is on board.

In the meantime, Mimi isn’t ready to let go of the heartbreak pop songs yet. Since “Ghost Of You” is not so surprisingly another soaring track concerning navigating relationships. Since the song does seem to fall into line with those that have gone before. She is nothing but consistent.

In truth, I am sold on her soulful voice, but I also wish for her happy era to begin. That being said, I will keep listening to Mimi Webb because her voice captivates me so. Also, I like her music videos (this being another area where is coming on in leaps and bounds). At least in her videos, she is encapsulating stories and not just dancing around looking pretty.

I stick by my early praise for Mimi Webb. Mega pop stardom is beckoning.