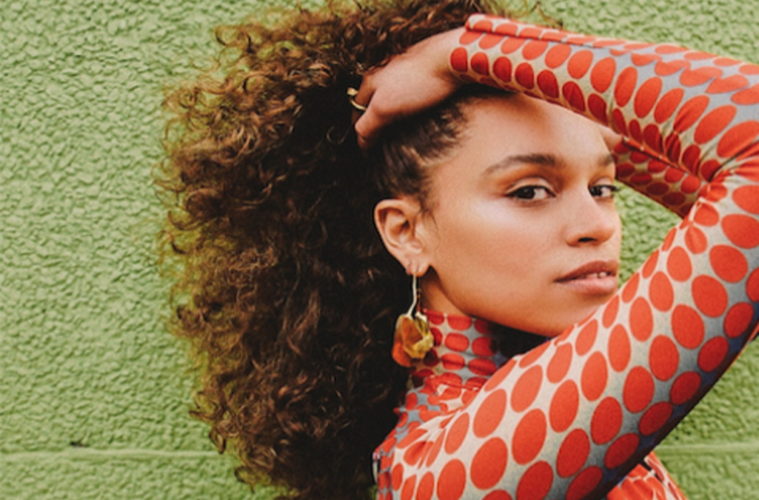 I couldn’t be happier that a return to disco is the latest and hottest of music trends once again. But doesn’t it seem that it is the ladies who are surging ahead with unleashing the most golden nuggets of nu-retro indebted pop funkiness? Lady Gaga, Dua Lipa and Jessie Ware have served some rich pickings of boptasticness, although it is a might surprising to learn of Izzy Bizu joining the ranks with her latest release “Faded.” Oops, I seem to have forgotten for a hot minute, of Izzy’s girl band past as one-third of SoundGirl. They were a thing for a while in 2011 and did a 90’s styled rehash of the Carly Simon track “Why.”

When Izzy launched her solo artist career, her music had spiralled down a different direction. Blue-eyed, soul became her calling. She nabbed a BBC Sound of nomination in 2016, and because of her newly embraced style not being what I was into, I haven’t given much thought about checking in with her again. This was until my inbox began pinging loudly with quite a few press releases not so long ago about the new track “Faded” from the singer-songwriter.

Was I in for a pleasant surprise when I went in for my first listen! While stylistically it isn’t all guns a blazing disco, dance-pop. It is glorious. A blending of pop with a soulful edge. Teamed with a gentle, rhythmic swagger. A shimmering crossover between the 70s and 80s disco-era brought up to date with gleaming production. Marks a change in style for the singer.

The music video isn’t particularly fully-fledged disco either. We do get to see Izzy invite some friends over for a house-party though. The small gathering waste no time in shaking some moves. Sometimes these simpler ideas are the most effective. The idea works, magnificently for “Faded.” Izzy’s chemistry with the music and video exist in a complete, oneness.