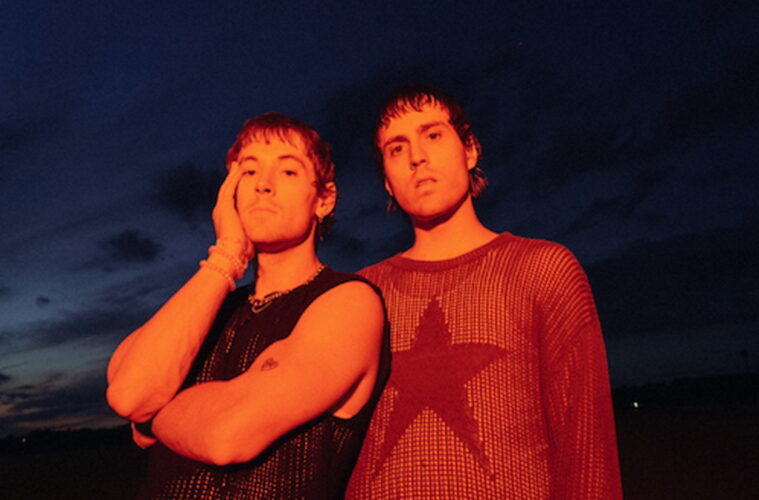 Watch “don’t wanna be your friend” by joan

I sure am happy knowing joan is back to releasing new stuff. Since I have never known a pop duo appear in the last three years, doing catchy sing-a-long pop that is as good as them. The best part of joan’s return? Is knowing that they have busily been writing their debut album. That as a result, I can expect to hear from them more in the months to come. In the first instance. The alt-pop duo’s first solo outing of the year arrives in the form of the empowering pop anthem “don’t wanna be your friend“. It is a collaboration with their friend Jon Capeci from the band Nightly. (Who co-wrote the track with them).

The track didn’t start out as a breakup song per se but yet almost is, one. The duo comments on “don’t wanna be your friend“.

“It was inspired by the all too relatable feeling of being in a relationship with someone you love and feel close to but knowing that you need to move on as that person is not the right one for you”.

joan further reveals, “it’s also about growing up though and knowing that you just can’t continue being friends with each other, because you know how that situation turns out”.

This is a song that sounds rather serious. Yet, what I do recall of joan moreover, is that they are extraordinarily consistent at sharing music videos that are equally quirky and heartfelt. Not unusually for them. They managed once again to feature both of these attributes in the “don’t wanna be your friend” music video. Yet, without taking a sneak peek at the visual, who could begin imagining, that the clip for their latest track features an alien invasion? Not I, that is for sure! Or either that joan conveys this idea in the subtlest way possible.

Fair play to joan’s Alan and Steven since they know their way around a groove. We have been gifted a jam in the way of their latest earworm tune. And I expect to be singing along to it for the remainder of the week.