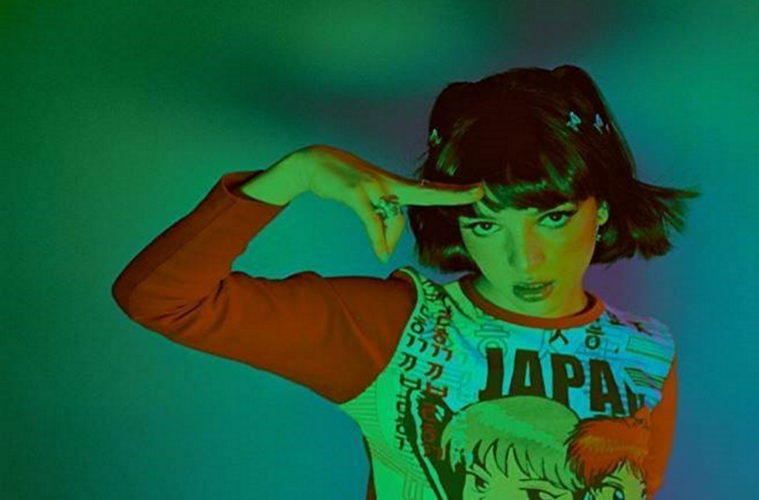 It is time for multidisciplinary artist Raissa to don her HEROGIRL cape. As promised last September, the sweetly alluring newcomer has just dropped her debut EP “HEROGIRL” out via Mark Ronson’s Zelig Records/Columbia. The release features Raissa’s recent singles “Go Fast Baby,” “Crowded” and “Shades On,” along with a further three tracks, including the newest focus track “Cold Feet.” Aside from the singles, Raissa has been keeping me thoroughly entertained with the sci-fi fantasy styled music videos which have accompanied each release. She is back with another endearing visual in tow for the track “Cold Feet.”

The track suitably aligns with the shimmering yet, melodically evocative signature sound Raissa has been establishing for herself since appearing on our radar with the track “Bullying Boys” earlier in 2020. And forms a part of the HEROGIRL story about never giving up on yourself when struck by adversity. Find a way to rise up and overcome hardships. With this strength be your own hero. You made it through the struggle is the underlying message. Bottom line, I wasn’t prepared for how intense the backstory behind the lyrics would be. the “HEROGIRL” EP hits a new level of poignancy with all pieces now slotted into place.

“”HEROGIRL” was made over a month in 2020 and now almost a year later she is making her debut for all of you. Treat her how you would treat a dear friend – let her make you feel brave, let her remind you of your beauty and power and nuance. There’s a hero in all of us and the one in me wants to remind you of that until I can no longer. HEROGIRL forever.” Raissa shared over Instagram

“Cold Feet” documents Raissa breaking away from a dark force. She’s found her strength. Nothing can be of harm to her when she’s armed with her laser beam pistols for protection. She’s on her way to safety, probably brought on in a split-second decision since she’s no shoes on and has cold feet. At last a chance at happiness for Raissa. Her beautiful art, the “HEROGIRL” EP is a striking first release while achingly beautiful and intimate. A music offering, to open your ears to the reality beyond dreams.