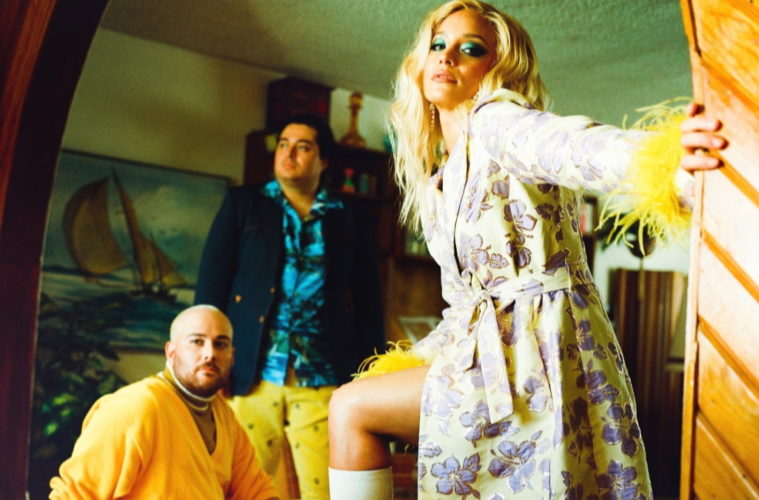 I am so happy I get to talk about the LA-based trio Cannons today, who have just unleashed a hot yet, kind of spine-tingling music video for their latest synthwave, hit “Bad Dream.” The band have been on my radar because of picking up a big, sync in a pivotal episode of the NETFLIX smash “Never Have I Ever” last year with their track “Fire For You.” Because of the garnering up a rapturous response on the track, it seems like everyone is turning onto Cannons suddenly. I am coming in on “Bad Dream” myself, first because of the “Drive-like” movie soundtrack synthwave vibe. Second, I like that the music video has moments of suspense and drama. Traversing along the same lines of my all-time favourite mystery, crime-drama series Twin Peaks.

Therefore, I am seeing what Cannons and director Ryan Rundle have cooked up for the music video. It’s like they put their heads together and hatched a plan to mesh some of the golden movie moments of both “Drive” and “Twin Peaks.” A cool idea since these movies are centred around the shadiest of crimes that occur during the undercover night. Is it any consequence that the band are seen playing at a venue that resembles the infamous Roadhouse from Lynch/Frost cult-classic Twin Peaks? Or there is a scene where the knives come out, but not so disturbing or gruesomely reference the movie “Drive.” Either way, both are the sum of a bad dream at best, although more probably equate to our worst nightmares.

With their latest visualizer Cannons are taking us on a trip, feeding our fever dreams. But with their neon synths, they are spinning dreaminess. A winning combination of dark vs light and moodiness. As 80s/90s pop culture freaks, Cannons seem to have snuck up, on us. Be sure to check this bad boy track and video out before Cannons properly blow up.