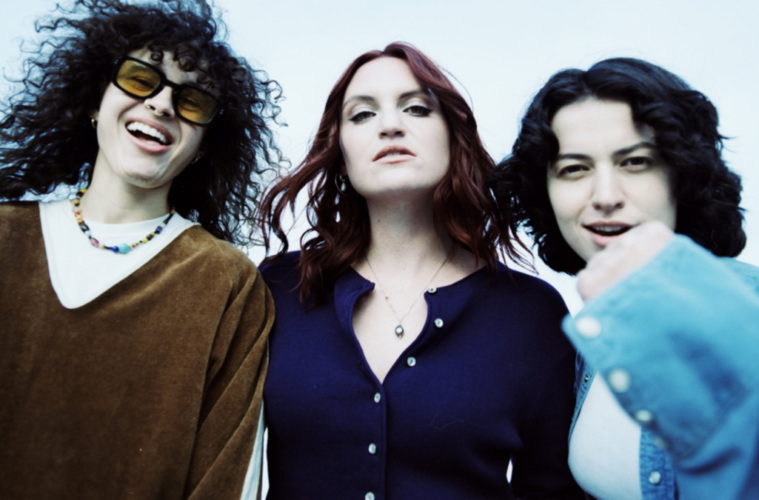 Watch “Anything But Me ” by MUNA

In this music blog, we mostly prefer our pop, unadulterated, either with a dash of indie, alternative as a side, or bristling with keyboards and synths. Sometimes Los Angeles-based trio MUNA unleashes a track with all of these elements thrown in. The band’s single “Silk Chiffon” caused quite the stir recently, though I consider it a powerful queer anthem. Musically this song rocked a little too hard for coverage here on the blog. I had the feeling MUNA would reunite with the synths again. Call it a premonition. They provide a good helping of keys on “Anything But Me,” the second single lifted off their upcoming, self-titled, third album.

The lyrics of all MUNA’s songs are of paramount importance. They are nothing if not synonymous with writing about heartbreak and trauma but also softer, more uplifting themes. “Anything But Me” is a track that explores breakup.

“In the past we’ve stayed in relationships for a long time, waiting until we hit low lows to admit it was over. “Anything But Me” is a song about leaving a partnership simply because it doesn’t feel right. It’s about trusting yourself and your instincts enough to walk away from someone while you still have love for each other and before it gets too bad.” MUNA explain.

Using their soul-searching lyrics and earworm melodies, the band can make the most difficult times in life seem a little bit less heavy. In the Ally Pankiw directed music video, they really thought to do something different to the norm. Speaking about this MUNA says…

“The video for the song plays with the idea that we’ve been our own captors in relationships, keeping ourselves in unhealthy dynamics, maybe because that is what feels familiar”.

The clip is one of powerful, strong imagery, but there are also a few cute moments to be found in there as well.

What can be said about MUNA is that they are anything but lacklustre. Because with pop/rock tracks on the rise again “Anything But Me” nestles on the rock cusp but is moreover poptastic above all else. In this instance, I feel this is what makes them relevant to our ears at EQ Music Blog. Don’t fight me.