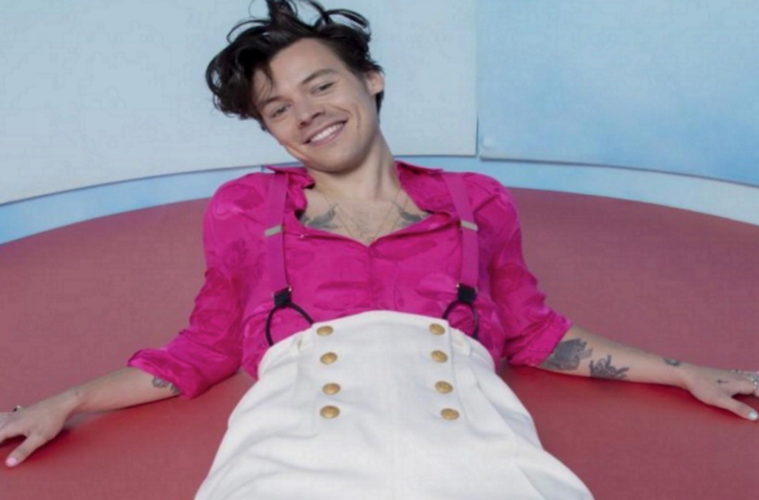 Watch “Adore You” by Harry Styles

This will make you gasp. I’ve never taken paid much attention to One Direction before. Well, not in the way that I’d consider myself a fan of the band, anyway. That being said, I enjoyed some of 1D‘s offerings on the loosest of terms but not so much as being left bereft when the group announced going on indefinite hiatus in 2016. All members of the band, Zayn (former), Niall, Louis, Liam and Harry now each have a slew of solo recordings to their name. While I have checked-in on each and every of the post 1D releases. After trying my hardest to get with the programme for “Harry Styles” self-titled debut album (which never happened for me.) I openly admit to having spent the most time with the Liam Payne album “LP1” just because, the style of music overall ticks some boxes off for me. (I sidle with the majority of reviews. The lyrics would have benefited with having more consideration with how they might be received put into them.)

However, I will confess to becoming curious with Harry Styles again because of “Lights Up.” (Can you blame me he was mostly, shirtless in the music video.) Yet, felt more invested with the musicality of the track, this time around. I couldn’t find it within me to commit to “Lights Up” wholeheartedly. It is a different story when it comes to “Adore You” the third spin from Harry’s sophomore album “Fine Line” which drops this Friday.

The latest track has clearly been picked as the last precursor to the album release. The teasers surrounding “Adore You” have been a feat of hype-building and of epic marketing. This being said, I was not left disappointed when the cinematic music video set on the fictional Island of Eroda (Adore, backwards) and, the track dropped. The song is the poppiest offering yet, from Styles post One Direction. It’s both mainstream and commercial leaning. The music video and the story it tells is really, where this release performs best. The clip references that we embrace our differences. Learn to love ourselves even when we might be feeling a bit like a fish which has jumped out-of-the-water. Flapping around and not knowing how to get back on track. Harry Styles “Adore You” has arrived to pick us up and show us there is always hope and a way forward.

If you are not one of the seven million people who have watched the incredibly heartwarming video yet, tune in now. You might just come away feeling the need to re-evaluate any troubles going on in your life a little.