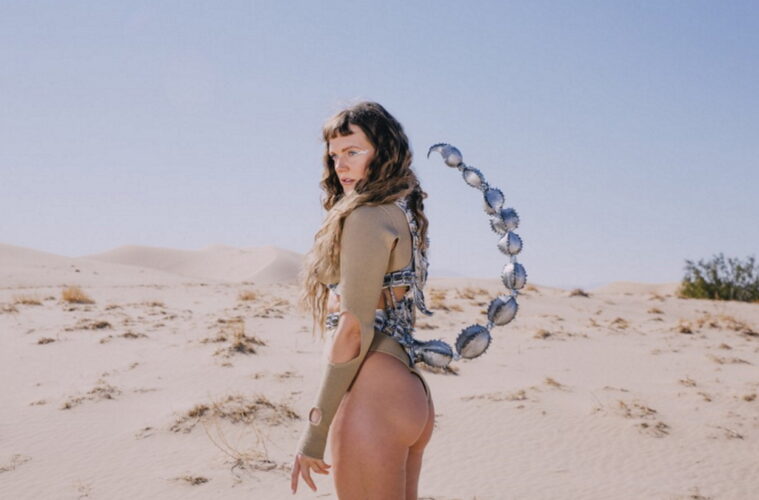 These days, it is rare for me to cover both the audio and video aspects of a song release. In most instances, I am faced with an either-or situation decision when considering what to post. Having just released the official video for the track “2 Die 4“. Tove Lo should know she is one lucky bean. Since I am dealing out a second helping of EQ Music Blog love upon her current pop banger release again today. Without a doubt, I would go so far as to call “2 Die 4” out as our song of the summer.

To be honest with you. I regarded the visualizer shared upon the July release of the track as sheer hotness. By the same token, I am stoked that Tove Lo did not settle at the Kenny Laubbacher-directed visualiser footage (depicting big d*ck energy). That she has instead served justice upon this euro-pop flavoured smash with a full, video treatment, made this time with Anna-Lisa Himma at the directorial helm.

Speaking about the new video, Tove reveals, “We wanted to make a pop bitch y2k experience. With all the choreo, the outfits, the wetness. I think we more than delivered.”

Truthfully, it is easy-breezy to become immersed in both engaging videos. The visualiser, for obvious reasons. The official video since it is the first time Tove has properly embraced the pop performance video aesthetic. Where she undergoes multiple outfit changes and experiments with full-on dance sequences.

The dazzling video may have swept you away from noticing the song has an additional verse.

“You tell me you’re so beautiful but you seem really sad about something. You tell me it’s cos’ your heart hurts though with me you don’t feel bad.”

Not that my interest was in anyway waning in “2 Die 4“. Tove Lo nevertheless, chose to step up and add some spice to this already spicy track. Maybe she cannily did this, so that people like me could talk about the track, even more. No one can say Tove Lo isn’t astute. Now an independent artist and embracing every bit of being such, this is where we are witnessing Tove’s creative control in full effect.

The album ”Dirt Femme” is out October 14th via Tove’s own record label Pretty Swede Records, with mtheory PRE-Save HERE