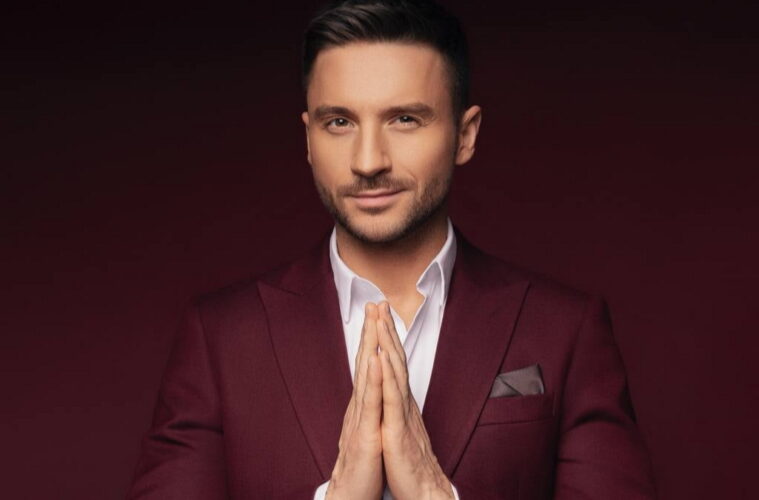 I remain hopeful that Sergey Lazarev will again release an English-spoken track one day. The Russian electro-pop god hasn’t recorded anything that isn’t sung in his native tongue or for Eurovision since years ago. Understandably, I appreciate any hesitancy on his part in concentrating only on Russian-spoken releases at present. (Because of the current upheaval and tensions between Russia and Ukraine). Nevertheless, the promotion for the 2021 release “8” album is still ongoing. Fans of Sergey asked for an official video for the track “Третий” (which translates to “Third“). Not one to disappoint his fans, he has linked up with Director and longtime collaborator Konstantin Cherepkov. Releasing an intoxicating video clip for the track.

The central theme of the song “Третий” (“Third“) is that of a love triangle. The complexities that arise from three people involved in a romantic relationship. Throughout the video, there is nothing but tasteful hints about the situation the three participants are facing. Instead, we are encouraged to use our imagination to draw conclusions. The soft lighting and the use of dark colour heavily suggests, an intense atmosphere exists between these three persons/lovers. The visual piece as a whole invariably does heighten our intrigue to the max.

There is nothing disappointing about the clip being a choreographed dance routine. Since it brings copious amounts of intensity, drama and steam! Also, needless to say, the song is, of course, an undoubted electronic-pop masterpiece.

While we are here, let’s find out what else Sergey is up to. He also just started a tour called “I’m not afraid” in Russia. In Russia, he appears as a jury member on the music programme “Avatar“. He also has taken up judging duties again on the TV programme “Come On, All Together“.