Sneaky Sound System Get A UK Makeover With “I Love It” 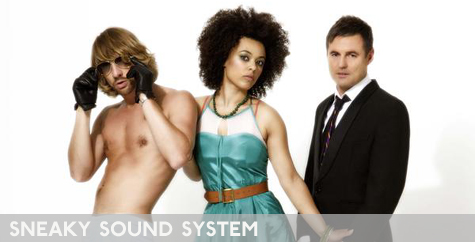 I’m sure the UK video to “I Love It” violates at least half of the seven deadly sins in this sexy-hot new rendition.  I am excited that Sneaky Sound System are coming to the UK and I hope to see them on their UK tour winding up at Shepherds Bush Empire in London.

“I Love It” is released in the UK on March 16th with the album following suit.  More Hot Than Hot.  Thanks to Adem for turning me onto this group – his blog coverage peaked my interest in them and EQ welcomes them with open arms at the UK border!