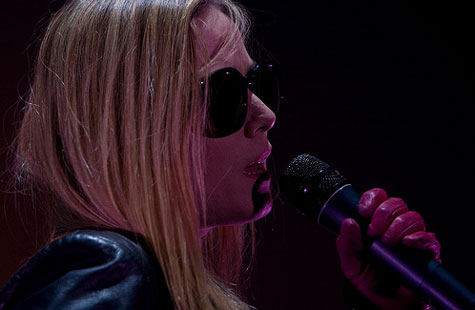 All photos courtesy of Alex Brown – visit the website…

And those were just the audience members at Róisín Murphy's long overdue return to the London stage last Saturday night at the majestic Brixton Academy.  I've never seen Róisín Murphy live before but from the moment I got frisked up by the security staff, I knew this wasn't going to be your average sort of gig.

Opening up her incredible two hour set with "Overpowered", I felt a chill down my spine as soon as the words "When I think that I am over you…" echoed throughout the venue.  Róisín knows how to open up a show too, teasing us with see-through sheer curtains while she so mysteriously sings behind them, innocently peeking her face out in a child-like manner every so often to rightly let you know – "you can't see me yet bitches".

What I loved about Róisín Murphy's show is that it was completley her and no one else.  You never got the feeling that she had to compromise anything to pander to the masses – it was her wild experiment.  Not once was there a huge choreographed number, an in-your-face political message to absorb, nor a plethora of cheap, overpriced t-shirts with Róisín's name splashed on them (and if there were, they would have been designer).  Instead what you got was a pure Róisín experience complete with quirky costume changes for every song (yes, every song) and a live visual electronica experience that rivaled the likes of "The Nightlife Tour" by Pet Shop Boys.  My only regret is that I didn't push my way through the sea of sequins, chunky glasses and razor-sharp shoulder pads to get close enough to lend my hand in helping Róisín crowd surf the audience – yes, she crowd surfed. 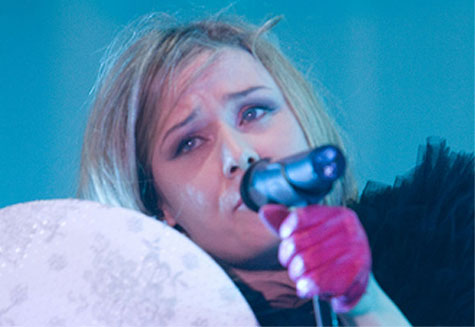 I can't begin to explain how outrageous and flawless Róisín's costumery was during the show.  It was so wild that she had to have her own personal clothing assistant lay out her costumes for her after every song – and I loved that because it meant that the show never faltered and Róisín just played dress up, adding and subtracting gorgeous layers after each song rather than disappearing off-stage for those long annoying video screen costume changes – a la Madonna.  Instead, we got one brief civilized Interlude which was very useful for car owners, yes indeed.  Many times during the show her costumes created new characters for Róisín to play with or sing to, just by tipping her hat or putting on a new frock.

If I had to pick out a few key favourite moments of the show one of them would have to be the penultimate encore song - "Slave To Love" which in my opinion, is more than single-worthy. "Movie Star" was incredible and ingeniously re-invented which drove me into a state of euphoria and crazed applaud followed by the mesmerizing synths to "Dear Miami".  And if all this excitement wasn't enough, our little clan of Róisín groupies got told off for singing too loudly.  We couldn't help it – Roisin brings it out in you.

Whilst Róisín's European tour is coming to an end very soon in Ireland, I urge everyone who appreciates Róisín to go out and see her live if you ever get the chance.  It's like spending a few civilized hours playing with Miz Murphy in her giant closet wonderland with a steaming pot of vivid electronica-jazz tea with a leaf of minty down-tempo soul to balance out the flavour.

And not once did she even succumb to singing those huge Moloko superhits – she's far too NOW for that. 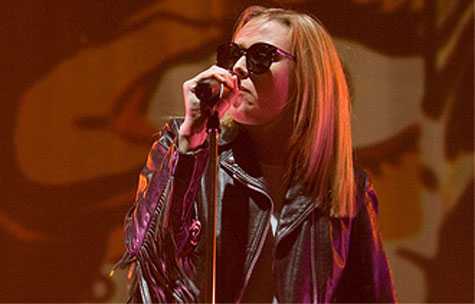 If you'd like to experience Róisín Murphy live for yourself, head on over to her official website now to watch the show in full from Brussels – it's the next best thing to being there.  And thanks to team Róisín for making this show available online as there are heaps of international fans that were gagging to see this tour.