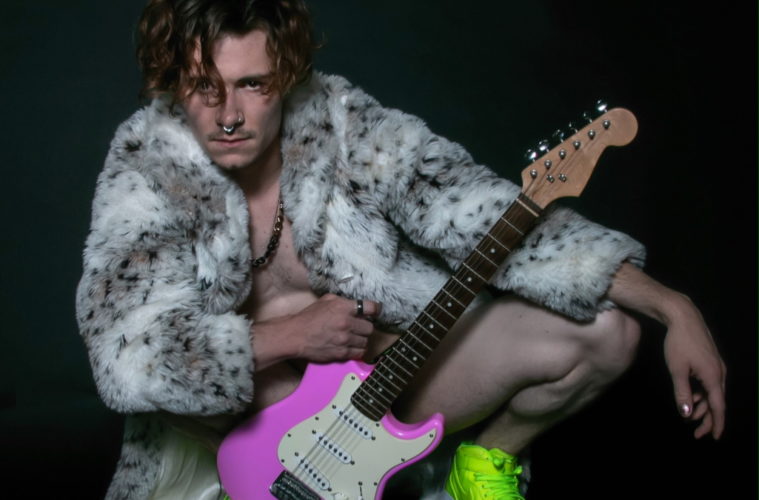 We know what to expect of many of our favourite pop acts, don’t we? Because for the most part, they tend to settle with a signature style which sees them somewhat comfortable in their ways. But, it’s not a methodology which works for everyone and absolutely is not true of the singer-songwriter and multi-instrumentalist Zee Machine. Having covered Zee’s releases over the years, I can categorically state, in a music sense, he does everything but stay in the same lane. The unpredictability is what I like best about Zee’s artistic endeavours, actually. Therefore, I wasn’t in the least phased when introduced to the current release “Honeydew” at how smooth and dreamy in his music direction Zee had gotten.

The track is very noticeably chill, and there is a, very, good reason for this, and which makes total sense. As Zee confirmed when speaking to us over email.

“I like to call this song my “anti-anxiety anthem” – a song about deciding to give no fucks and breaking free with a fearless new lease on life” Zee shares.

His change in mindset is so obviously apparent in the lyrics of the track. “I don’t care if my attitude is getting colder, so you better get used to it” he sings.

As with the comparatively nonchalant song, he ended up taking the same approach for the video which premieres here on EQ. The first which he shot and edited on his own.

“I’ll be the first to admit that I’m not a prolific videographer, but I’ve, got an unhinged creative vision when I put my mind to it. So I used all the resources I had at my disposal in quarantine – an iPhone, iMovie, a green screen, and a couple of melons. I didn’t necessarily have much of a specific concept or story in mind. I just wanted to create a balls-to-the-wall psychedelic visual experience to go along with the weirdest song I’ve ever done where you wouldn’t be bored for a second.”

How can we be bored for a second I wonder, when Zee got his naked ass out for this art. (Blink or you’ll miss it) or when he goes all ham-like Prince with his guitar solos. Although he still can’t figure out how to properly use the app itself. All of the little visual effects created using TikTok filters have allowed Zee to meet his brief. After watching the kaleidoscope patterned footage more than three times already. I can confirm he’s not being cocksure when he makes comments about his use of the social networking app.

“It did help me learn how to make my own god damn music video. It’s charmingly crafty, but I’ll be damned if it’s not entertaining as hell. (I’m a resourceful bitch.)” – Zee Machine

The way I see things about this track. If, it’s regarded cool for Harry Styles to escalate sales of the watermelon, by having a hit Billboard #1 hit song with the summery fruit in the title. In my opinion, Zee’s offering, mentioning the “Honeydew” variety is deserving of similar praise. Melon sure seems to be the fruit of the moment, I wonder who might be scribbling down lyrics, as next in line with a chart-topper worshipping the Cantaloupe? (If you know the answer to this ongoing, conundrum please do write in and let me know.)