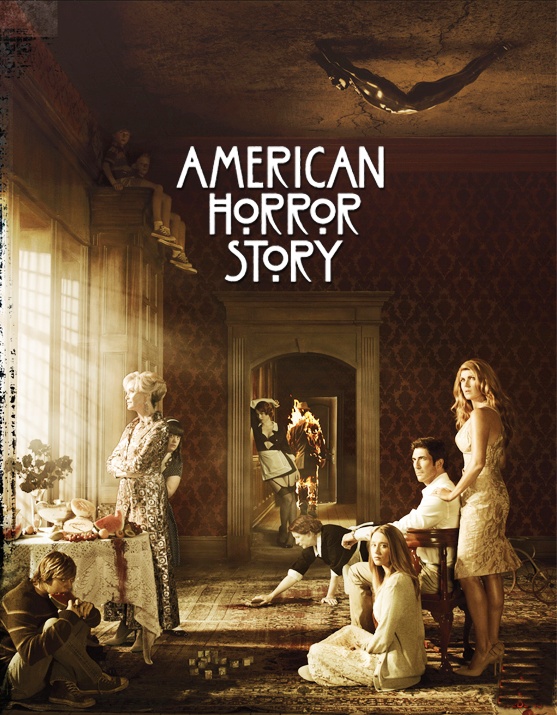 MORE HOT THAN HOT ALERT – Do you believe in the devil?  Whether you believe or not, this show is created by some criminal-not-human minds: the co-creators of GLEE. – "American Horror Story" Just arrived to United States and it's the scariest. show. Ever.

The Harmon family just moved to a big, creepy and fabulous house to "start again" – The name of the show/series tells you what they are, literally, living there – an "American Horror Story" – Blood, ghosts, a weird-ass, double personality nanny, sex and everything you love in a good scary movie -you'll find it in this show.

Like – the trailer, as first sight, you are all like "Oh…just another wanna-be thriller series. bleh"  but seriously, bitch – sit down.  "American Horror Story" is an amazing thriller series and will get you on first episode – you might not even sleep that night.

The show aired in October 5th on FX (USA) – and it's getting people's attention and good reviews are popping up all over the internet.  Two episodes of "American Horror Story" are out and it seems it'll be getting more scary every episode.

All new episodes air on Wednesdays at 10pm e/p only on FX (USA) – If you want to watch it and you're not in the USA, it seems like they are going to be posting the full episodes on their official facebook page.

Enjoy the "American Horror Story" Trailer and the sneak peek (to the first episode) below.

I would sleep with the lights on if I were you…